The uses of art (history) 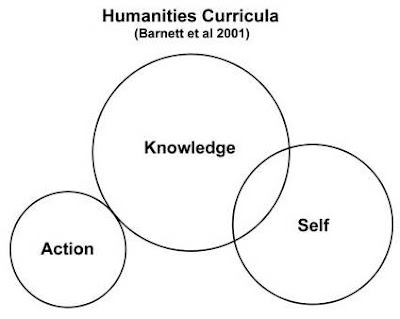 When I was at university, I had a friend whose boyfriend was a high-flying commerce student. As I've mentioned before, there wasn't a lot of fraternisation between the various faculties. Each tended to stick to their own kind, and to the considerable comfort of reinforcing one's personal stereotypes; it was a rare thing, for example, for an arts student (lefty, vegetarian, sensitive) to date a scientist (war-gaming nerds) or an engineer (beer-swilling munters) or a lawyer (self-righteous bores) or a commerce student (smug right-wing money-grubbers itching to get started on their wealth portfolios). And almost unheard of for fine arts students to take up with someone without oil paint on their jeans or fibreglass stuck to their jersey.

As a would-be art historian, my friend had a lot to put up with from her partner's fellow commerce students. "A master's degree in art history?" they would ask incredulously. "Why?"

It was hard to answer in a way that wouldn't incite further derision. Lofty remarks about the value of the humanities to society and the way in which art can provide ways to think through the events of your own life would fall on deaf ears. "Yes, but what can you really do with it?" they'd say, rapidly and accurately assessing the wealth-generating capacity of art history as near-zero. They think it's a joke degree, my friend confided in me.

And occasionally over the years at low moments I've wondered if they may well have been right. 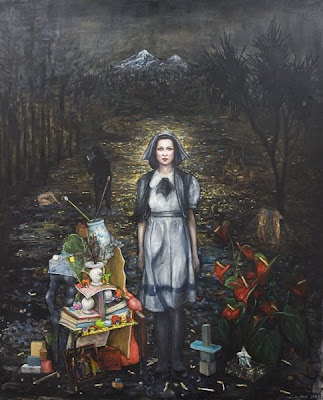 We've been hearing for years that the humanities are in a state of crisis (and it's true, but perhaps no worse a crisis than that of capitalist economics at present, one would think). Faced with declining enrolments, arts academics of various stripes have been turning themselves inside out to prove their relevance not only to their students and to the wider public, but to themselves. Art history in particular has suffered. In some universities it's been absorbed into English departments, as a form of textual criticism; elsewhere it's become part of history, as an account of society's changes.

Meanwhile the old certainties that study of the literary or art historical canons provided the path to moral enlightenment and cultural refinement were debunked twenty years ago. In their place a new kind of cultural elitist has developed (because elitism is inherently a state of mind before it's ever dressed up in academic robes) who stresses the incommensurability of the artwork to any other kind of experience, and who teaches the methods and histories of their discipline as though it were a closed hermeneutic system in its own right, thus severing the ties of art's relationship to the history of the everyday world. (If the truth be known, I have a slight sneaking sympathy for the high-handedness of both approaches.)

I was interested to read literary critic Rita Felski's article in the latest Chronicle Review, which suggests a new way of looking at literature (for which I, eternally hopeful for art history's reinvention, substituted "art"). Rejecting the idea of literature being "useful" -- a term which she associates with bad clothes and sensible shoes, clearly a woman after my own heart -- Felski suggests instead that in its "intimate entanglements" with various diverse aspects of our lives, literature might instead be considered "useable":

"Use is not always strategic or calculating, manipulative or grasping; it does not have to underwrite instrumental thinking or imply indifference to beauty or complex form. Reading a novel is not just a means of fulfilling certain needs but can open your eyes to needs you never knew you had. The pragmatic, in that sense, neither destroys nor excludes the poetic. To explore the uses of literature is to open up for investigation a vast terrain of expectations, emotions, beliefs, dreams, and interpretations."

One of the main reasons people read novels and watch films, Felski suggests, is to discover something about themselves: fiction as another way of thinking through real-life experience. Yet this kind of reader-response is just the approach which is most discredited by academic literary theorists:

"For professional critics, such acts of recognition reveal an unseemly confusion of literature and life, yet those same critics are attracted to literary qualities of ambiguity, alienation, and anomie that resonate with and reconfirm their ingrained mind-set of skepticism and disenchantment. Lay reading and academic reading differ, to be sure, in their vocabularies and procedures, but both hinge on processes of interpretation that connect the unfamiliar to the already known."

It is precisely that "unseemly confusion" between real life and fiction, between personal experience and the world of ideas as manifest in an object, which has always interested me about visual art. It's also a great way to describe the process an artist goes through when making a work. Seraphine Pick or Ronnie van Hout (whose late father's garden shed seems to pop up everywhere), for example, both frequently draw on the events or significant objects of their lives to make their work -- but their works are not about their lives, are neither confessional nor autobiographical. Instead they are fictions based on personal observation; which is what I think their viewers are drawn to, in works which are both familiar and mysterious, known and unknown. As much as it isn't about the artist, the work is equally not about the viewer, but there is something uniquely personal triggered in the act of looking. 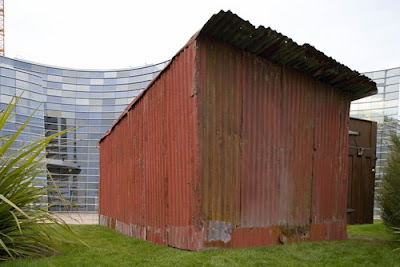 Felski lays down some more aspects of reader-response which she sees as worthy of further study -- "the sense of being utterly absorbed by a work of fiction; the use of literature as an orientation device to help make sense of the social world; the uncanny, unnerving, pleasure-pain of aesthetic shock" -- all of which I'd suggest apply equally to the world of visual art.

Perhaps the discipline of art history would benefit from including aspects of reader-response in its processes? In my experience, artists are always interested in responses to their works, whether "amateur" or "professional"; they are, however, very rarely interested in proscribing the "correct" response. It would be interesting to see if art history could account for some of the ways contemporary art actually functions in the everyday life of the viewer. It would require a massive reorientation of thought, though, to open the field -- at least as it's taught in New Zealand universities -- up to the real world in such a way. And even then I suspect the commerce students would still roll their eyes in scorn.
Posted by Cheryl Bernstein at 9:52 AM