A packet of cigs at Exeter Railway Station


As the story goes, the publisher Allen Lane, returning to London from the West Country following a visit to crime writer Agatha Christie in the early 1930s, was trapped at Exeter railway station waiting for a train with nothing to read. He could buy cigarettes from a vending machine and flick through a newspaper; but otherwise he was on his own. Pacing about the platform and smoking, he conceived of a new range of cheap paperback books which would combine the mass market appeal of American pulp fiction with the modernist design of contemporary German imprints. (After his death, his family described him as part way between missionary and mercenary.) Lane's Penguin paperbacks would make literary fiction available to a wide reading public and would be sold initially from vending machines: the first 'Penguincubator' opened in Charing Cross Road the following year. The paperbacks cost no more than the price of a packet of cigarettes.


I've always liked this story, not only because I've been a voracious reader and purchaser of Penguin and Puffin paperbacks over the years, but because in my early childhood I too spent quite a lot of time on the platform at Exeter Railway Station, waiting for the train to London and worrying about reading matter. When packing for holidays at my grandparents' house, I would carefully calculate exactly how many books I would need to last both the journey and the visit. Joan Aiken's complete Midnight chronicles. Almost certainly a Molesworth. A couple of Jennings and Darbishires. Second hand copies of Malcolm Saville and Rumer Godden and Alan Garner, picked up from the market. And then I'd pop a couple more in my bag, just in case. Running out of books while away from home would be a disaster. One of the lowest depths of misery, I've always thought, is not having something to read. 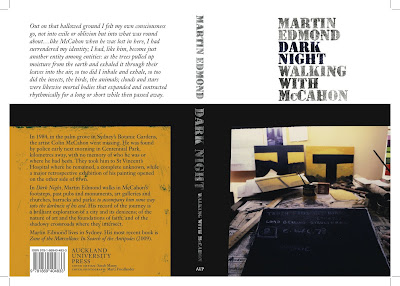 On a recent trip away I realised that I hadn't packed a book. Knowing that without something to read I would be pacing around my hotel room like Allen Lane on the station platform, I bought Martin Edmond's extraordinary work of psychogeography, Dark Night, an account of Colin McCahon's lost hours in Sydney in 1984, and The Hill of Wool, Jenny Bornholdt's latest collection of poetry. Both are paperbacks; both include paintings by New Zealand artists on the cover; both writers, seemingly effortlessly, conjure up imaginative worlds with which I am familiar but which are at the same time beautifully, sometimes almost unbearably, strange. (I imagine that I'll carry round forever lines like Edmond's "the way the places we belong to do not belong to us", and Bornholdt's blood-streaked poem "Tower of London".) Both are books I'm pleased to own, and that I know I'll read again and again, but I did notice that each cost considerably more than a packet of cigarettes. 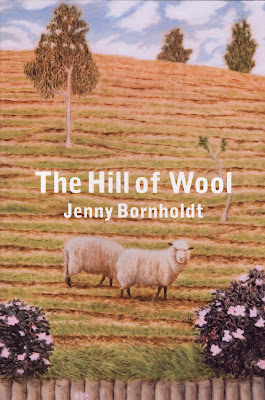 I'm not familiar with the current mechanics of paperback book pricing in New Zealand, but I do think there's something a bit strange when you can order obscure titles to be sent from England at a cheaper cost than you can buy paperbacks in New Zealand. Books are increasingly becoming a luxury item. (My recent purchases cost me respectively three times, and twice, the price of a packet of cigarettes.) I suppose if Allen Lane were still around, he'd be embracing digital formats as literature's new international mass-market vending machine. And the digital future of books, as VUP publisher Fergus Barrowman mentioned recently on Twitter, is likely to lie not with e-books but with "fluid text on multipurpose devices". The death of the novel, of course, has been darkly (and inaccurately) prophesied for decades now, but it may well be that the ubiquity and comparative cheapness of digital technologies will spell the gradual demise as the book-as-object.

I suspect that the distinction between mass publishing and literary publishing may well become increasingly sharp, returning to a time before Lane effectively brought the two together by starting the Penguin imprint. On the one hand, foil-jacketed bodice rippers and thrillers are being sold in mass outlets like supermarkets and big box variety stores, and on the other, literary books are being sold from arm chairs in small quiet rooms or by mail order. It might be wishful thinking, but I hope there will always be room for the cheaply-produced, stylishly-designed paperback book that Lane conceived in my home town: high-end literature in a mass-market format that's perfect for reading in the bath or at the beach or in frustrated moments at train stations when your battery has run down.
Posted by Cheryl Bernstein at 6:45 AM

high-end literature in a mass-market format

Theory and criticism, too. I am enormously fond of the Pelican series, in the Sixties and Seventies they published some outstanding books and in a format (and with a price) that invited a mass readership.

My parents had a lot of those, mainly bought second hand. I'd be fascinated to know how well they sold; I wonder did the mass reading public accept the Pelican imprint's invitation to engage with contemporary intellectual discourse in any great numbers? I can imagine Ken Loach reading them, and Alexei Sayle, but I'm hard-pressed to picture the-regular-man-in-the-pub with a Pelican in the pocket of his donkey jacket.

I can - many of those same very titles sold very well in working class families in Italy.

You must remember that everyone was an organic intellectual in those days...