Always on my mind 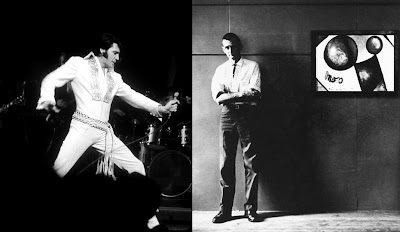 
The latest collaboration between Auckland's Objectspace and Jonty Valentine (curator, writer, graphic designer, and academic) is an exhibition and book entitled Printing Types: New Zealand Type Design Since 1870. It's an important event, representing the first attempt to trace the unwritten history of New Zealand's type designers (the people who draw the original letter forms to be made into fonts, rather than typographers, who arrange the type on the page), and includes not only the typefaces but interviews with and original writing from the type designers themselves. There's Joseph Churchward and his 'plumpy' Marianna font; Tom Elliott's Air New Zealand logotype from 1968; Bruce Rotherham's elegant 'Wedge', begun in 1947 and finally completed four decades later.

There's also an extremely interesting article by Luke Wood, discussing the evolution and subsequent dissemination of his 'McCahon' font, a process which he likens to Frankenstein's monster being unleashed on the world. It's a fascinating account, which describes the appropriation of handpainted lettering from informal advertising on farm gates by Colin McCahon, to Wood's digital rendering and publication of the font resulting in a series of unauthorised uses for advertising, to its recent adoption by a juice company to signify 'honesty' and 'down-to-earthness' in its product range, mimicking the original farm gates which inspired McCahon. 'And so,' writes Wood, 'as if through some sort of voodoo or dark magic, McCahon is returned to his point of departure.'

Printing Types is all great stuff, and makes an important contribution to the history of New Zealand's visual culture: but it would be worth acquiring for this quote alone, which, albeit written by a graphic designer (Wood), may be one of the great lines of New Zealand art history.

'And then of course there is Colin McCahon. Who, like Elvis, casts a sort of posthumous shadow over everything.'

Can't believe I didn't think of that one myself. In the spirit of McCahon-ish appropriation, I certainly intend to use it.
Posted by Cheryl Bernstein at 1:15 PM