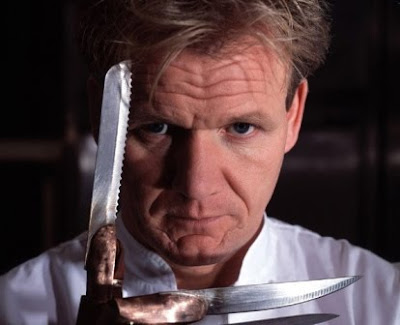 I've been favourably considering the proposition that only people who haven't worked in an art gallery would find Gordon Ramsay particularly rude or stressful. 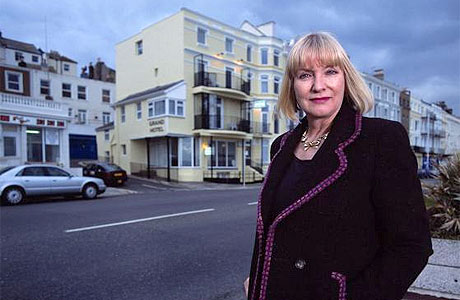 Likewise the Hotel Inspector. "Fuck the stupid bears! I don't give a shit about them." "It's just junk." "I loathe these burgundy napkins." Very mild indeed. 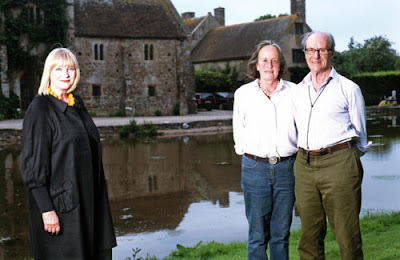 I'm currently a bit obsessed with Ruth Watson's latest televisual venture, Country House Rescue, in which she visits crumbling British estates of unbelievable loveliness, and spends a commercial hour bullying the stubborn, hopeless, be-corduroyed owners into adopting her unpalatable ideas to make the place pay. Each episode features some kind of event -- a wedding show, a country market, a cocktail party for tourism writers -- which looks in grave danger of falling flat on its behind, until a final bit of chivvying by Ruth gets it up and running. "Get those fucking posters away from the windows! For goodness sake!"

But again, there's nothing new here for art gallery alumni: the melee which ensues each week in Country House Rescue is not much different to the scene prior to the more stressful openings at public art galleries, an hour or so before the guests arrive. "Pick up those bloody sponges!" "Who's got the fucking labels?" "Look, just put all that shit in the cupboard: we'll sort it out later." "Oh, for Christ's sake, he wants what?" 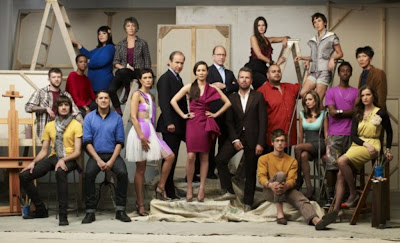 I've been enjoying following, with half an eye, the live tweeting of Sarah Jessica Parker's new reality TV show, Work of Art, which launched a couple of weeks ago. The hapless contestants, fourteen would-be famous artists, compete for a solo show at a nationally-recognised museum (Brooklyn Museum, which has been in the news a bit itself lately) and $100 000 by making works from scratch in a range of mediums, a la Project Runway. The judges include the prominent and outspoken art critic Jerry Saltz, while a 'mentor to the artists' is Simon de Pury, art auctioneer.

Work of Art: The Next Great Artist sounds hilariously awful: the Twitter jury seems to be out so far about whether it's just complete horseshit or also vaguely worthy in that it brings contemporary art to primetime. I'm extremely keen to see it, but can't imagine in a million years that the New Zealand TV networks will pick it up, given their records of screening anything remotely smacking of art at deliberately inhospitable hours, relegated to the graveyard shift with religious programming and infomercials for vibrating exercise machines. Perhaps it could be franchised here, though? There'd be a few decent contenders for the various critic/judge/mentor parts, but the Saltz role would surely be a shoo-in.

I think what I'd really like to see most of all rather than artists duking it out is an Art Gallery Rescue, where an ailing institution calls in a tough-talking Mrs Fixit to increase its audience and critical credibility. Compelling viewing.
Posted by Cheryl Bernstein at 1:55 PM

I would watch it religiously- love both concepts - do it - make the call!

It's a definite goer. Making art has to be turned into a competition to grab the public imagination on TV. Mr Shoo In is just the ticket for a Ramsey type character. No f***ing waffle, or self promotion.

Reminds me of the Channel 4 series Faking it and the episode about the painter/decorator learning to be a hip Hoxton artist. Fascinating to watch his transformation and the unease between him and his old life when they meet again at the end of the show.

I've always thought Survivor- Artworld (self explanatory), The Gallery (ala The Office) and Artist's Wives (ala Footballe's Wives) would work well too.....think of the potential players / characters! There is so much potential!