Famous for something or other 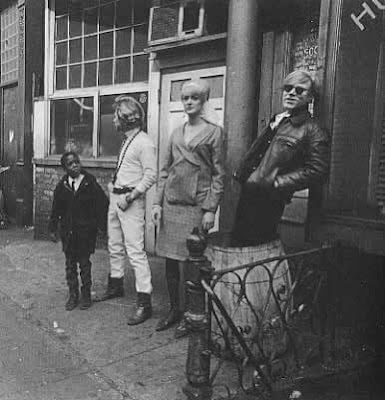 'In the future,' said Andy Warhol -- though later on he wished he hadn't, as it was boring always being asked about it -- 'Everyone will be world-famous for 15 minutes.'

Warhol made that prediction back in 1968, when private lives were still relatively private, and when most people -- apart from those chosen few lifted to celebrity status by virtue of extraordinary talent, or great good looks, or perhaps the misfortune to be caught up in a major criminal trial -- lived out their lives in relative obscurity, socialising only with a discrete group of family and friends. Today, of course, thanks to the ubiquity of digital imaging technologies and the unstoppable rise and rise of online social networks like Twitter and Facebook, people's lives are lived far more publicly, with friendships and intimate relationships often conducted in full public view. There's a seemingly insatiable public appetite not only for news about celebrities but the desire to live as one, in the public eye. I'm not sure exactly what the generational uptake is for digital social networking, but it seems predominantly a younger person's game; I suspect a birthdate of 1968 might roughly signal the upper age limit of the socially-networked contemporary individual.

Andy Warhol was fascinated by the media's ability to create something out of nothing, and was adept at using it to explore his ideas of celebrity. His entourage of hangers-on, whom he named the Superstars, became famous for not actually doing very much at all except hang around at the Factory and go to nightclubs with Warhol and be fabulous on cue for his camera. After a short time in the spotlight, most faded away to obscurity, while others simply disappeared or died. When you think about it, Andy Warhol's Superstars might well be considered the first of the reality media stars: there's a direct line of descent between them and the unfortunate British reality TV celeb Jade Goody, who passed away from cervical cancer in the weekend aged 27, having spent much of the past few years, including her final difficult weeks, in the public eye. 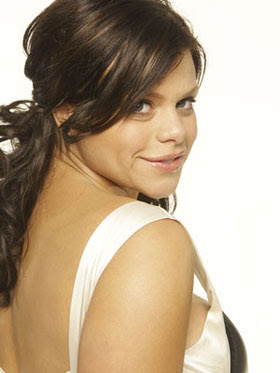 Jade Goody, via The Himalayan Times

I got quite grumpy this morning listening to Mike Hosking grumbling on about how Jade Goody was unaccountably famous for doing nothing at all, as if she were merely a tiresome symptom of some kind of contemporary social psychopathology; a vulgar dimwit hardly worthy of an intelligent person's attention. I've been in front of the cameras a few times myself, and it's hard work; it's not an easy thing to do at all, to turn it on on demand. You could film a thousand people picked at random off the street and none would have been as entertaining or as watchable as former dental nurse Jade Goody. (Certainly not me.) Irrepressible, irreverent, warm-hearted, unpredictable: a hugely enjoyable personality. Her famous gaffes ('Where's East Anglia? Abroad?' and 'Who's Rio de Janeiro?') were all part of the schtick: it's unremarkable to be ignorant, but it is remarkable that a public staging of a private self can achieve and sustain such a gigantic audience. (A far larger one, of course, than Hosking receives on the radio. Where his job is similarly to open his trap and bang on about nothing.)

In celebrity news closer to home, the twelve bronze heads ('Christchurch Heroes') have finally been installed in the Christchurch Arts Centre to considerable fanfare in the newspaper. (Images here and here.) While it's a well-intentioned gesture to mark the achievement of some outstanding individuals and to value local history, I have nothing to say about these works as public art (that's not the point of them, I wouldn't have thought), apart from noting that there are already a lot of public memorials in Christchurch: oddly most of the individuals depicted here are still very much in the land of the living.

'Said to be of worthies who are among those whose achievements in the second half of the twentieth century are remembered with pride and pleasure by the people of Christchurch, we note with interest that more than half of those enshrined gained this alleged distinction through the world of commerce.'

On the other hand, Over The Net are surprised that the two arts figures among the group, painter Bill Sutton and children's author Margaret Mahy, have been named as local heroes at all, suggesting that the selection posits that 'heroism is simply an extension of celebrity'. Which is an interesting point, I think. (Though at the same time I do believe Sutton is a bit of an unsung hero of New Zealand modernist art. He should be considered a national figure of similar status to Toss Woollaston, rather than just a regionalist of note. Not that displaying his bronze head on a plinth in Christchurch will do much about that problem.)

I was interested to read somewhere that the twelve bronze busts, commissioned by a private trust, have only been granted a ten year 'lease' on their spot near the Court Theatre. After that point, their permanence and continued relevance to the site will be reassessed. One man's decade is another's 15 minutes, perhaps.
Posted by Cheryl Bernstein at 8:13 AM

Endlessly fascinating post... I've been thinking about Jade Goody a lot in the past few weeks. And just had a whole bunch of twitterings with @rebeccataylorla and @anodyne2art re: Hirst, Warhol, Duchamp, art, commerce and fame...

I can't recall the specifics but it led me to wondering if Jade Goody is not a 'better' or at least more affective and memorable artist than Damien Hirst.

I can't see much difference in their strategies - both realize and play on the concept that fame amplifies perceived $ value, both turn their individual expressions towards constructing a personal economy, yet Goody is so much more spontaneously involved in her life as public performance than Hirst in his direction and management of a stable of employee artist 'hands'.

Warhol of course will be remembered perhaps more than Goody and Hirst for being amongst the very first to experiment with the economic dynamics of fame / celebrity using the precursors of the self-publishing mechanisms of social media today.

Your intuition of a generational differentiation is exactly right for the current time. At least that is what the statistics from PEW indicate:

I am 22 going on 23, and I must say for the past 6 years, I have become dependent on social networking sites. A day doesn't go by where I don't check my Facebook page, and why? It's probably an addiction to a false sense of community, where I feel like I am involving myself in my friends' lives, without actually physically communicating and with minimal effort. Or maybe it's the voyeurism of looking inside people's lives, through their photos, through their ramblings?
Maybe it's the opportunity to have your own private soapbox, your constant opportunity for 15 pixels of fame.

Even though I'm constantly aggravated by the endless influx of "what are your 5 favourite movies of all time?" or "Which Home & Away character are you?" quizzes that people waste their time posting, I still burn away the minutes/hours clicking around in circles, hoping to see the little red flag indicating a message or comment from a friend.

I wonder also what changes the ubiquity of photography and video technology make on its use within art and design. I'm sure it devalues the medium and forces artists and designers to think laterally and more creatively about their use to keep them alive.

I know with the onslaught of photography in the media and from people's private (but now public) documentation of their lives, that I am consequently swallowed by pseudo-nostalgia looking through cleverly illustrated advertisements with beautifully scripted hand rendered typography found in lifestyle magazines of the 1950's such as Everywoman, Women's Day, or even Playboy from the 1960-70's. I hope this access to technology places some more importance on maintaining a human touch, and we see a resurgence in such things.