In the mid-1980s, I lived in a flat down by the river in central Christchurch. When I walked into town to catch the bus to university, I'd pass by Ringo's secondhand bookshop on Manchester Street. If I wasn't too late coming home, I'd pop in for a quick browse.

Ringo's long gone now -- he packed up shop sometime in the fifteen years I was away, and no one I'm in touch with now seems to know what became of him -- but in his time he was a legend. Friends told me he'd been in the book trade since the 1960s, when, presumably, he also got his name: if the fourth Beatle were tiny, ferrety-faced, wore a greasy cheese-cutter cap, and spent his days listening to the races on a transistor radio with an evil-smelling roll-your-own permanently stuck to his lower lip, they were dead ringers. Back then I was a Camel smoker, but the odour of Ringo's cigarettes was too much even for me. With undertones of damp and old chip fat, the musty fug of twenty years of cheap tobacco hit you in a dense greyish-brown miasma as soon as you opened the door. ("The smell of death," said a friend.) It took a decade or more for the books I bought there to lose the odour.

If you discounted the stench -- no easy task -- I loved popping in to Ringo's. You never knew what you might come across. The books were displayed on trestle tables, wedged together with their spines upwards; new items were stored in cardboard boxes on the floor, waiting for their turn on the table. The odd treasure floated up from a motley soup comprised of a dozen dog-eared copies of Papillon and Jaws, Hillman Imp repair manuals, countless light pink 1970s Mills and Boon hospital romances, and several unwanted volumes of Pam Ayres's poetry. At the time, probably as an antidote to my university studies, I was collecting paperback bodice-rippers. Over a few years I gradually accumulated everything Georgette Heyer ever wrote, as well as the lurid and increasingly improbable adventures of 18th-century French aristocrat Angelique, by Sergeanne Golon (a gallic husband and wife team), in thirteen fat volumes including Angelique: The Road to Versailles, Angelique and the Sultan, Angelique in Revolt, etc etc. (I needn't go on. You get the idea.) 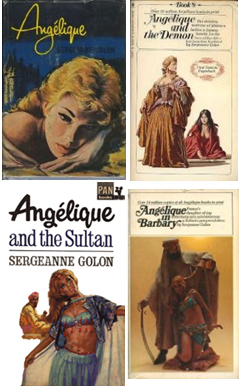 One afternoon, rummaging through one of the boxes under the table, I found a couple of old issues of Playdate. As usual on the cover of Ringo's books, there was a sticker with a dual price written in magic marker: 50c/25c, which meant if you brought it back after you'd read it he'd give you 25c for it as long as you bought something else, in a kind of homegrown book pawning scheme. Initially attracted by the design of its advertising, I paid $1 for the two copies and took them home, whereupon I became completely enraptured by the content: Playdate was an entertainment and popular culture magazine aimed at 'teens to twenty-sixers', published in New Zealand between 1960 and 1972. It featured items on fashion, popular music, movies, and occasionally art. There were also horoscopes, advice columns, interviews with pop culture celebrities and the most fantastic adverts for bri-nylon negligees, pancake makeup and stretch slacks. Pure Mad Men. Maybe a touch of Austin Powers. It was New Zealand, after all. 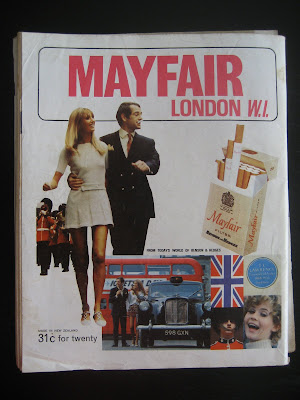 Over the next fortnight or so, each time I called into Ringo's I picked up another few copies. Initially I found the Playdates in the boxes (maybe a job lot?), then they were up on the table with the 'current' books. On about the fourth occasion I was in, I noticed that the price had increased. They were now $2/$1. Plonking a pile down on the counter I mentioned the increase to Ringo.

"Well, the thing is," he said apologetically, fag bobbing up and down, taking a whistly indrawn breath like a mechanic just about to tell you the bad news about your car, "They've become very popular. Just flying out the door. I've had to put the price up."

But it's just me buying them, I said. If I wasn't buying them no one would be.

I paid up, with bad grace. It wasn't until a while afterwards that I realised Ringo's argument held up either way.

The other day I got the big pile of Playdates out again. They've been with me over twenty years, through seven house removals and four cities; they're such a fantastic record of popular culture in New Zealand that I've never wanted to get rid of them, and in the end I'll probably give them to a library collection as they should be in the public domain (I note that even the National Library doesn't have the whole run). Flicking through them, it was the big guy who first noticed a photo taken by Marti Friedlander (though the caption said Marty). Looking through the magazines again more carefully, I realised that the New Zealand art world of the 1960s features in them frequently in various overt and covert ways. There are painters, photographers, film-makers, art collectors and assorted art groupies... some surprising names.

To this end, I thought that I might post a few pages here over the next few weeks. (Please excuse, as ever, the shoddy re-photography.) 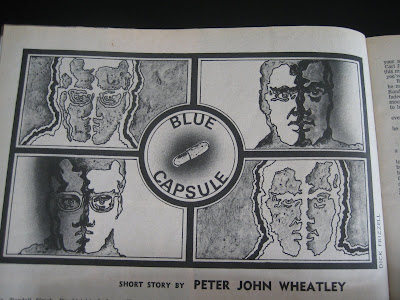 And Marti Friedlander's terrific photos of The Satirists, a university review from August 1965: 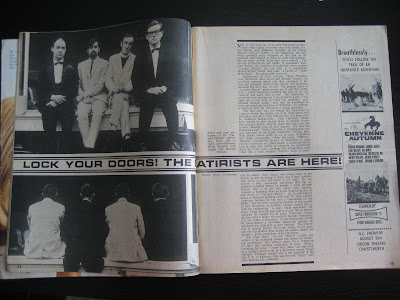 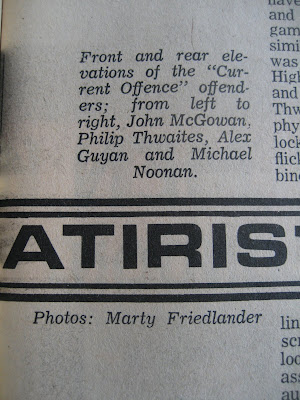 More to come. They still whiff, a bit.
Posted by Cheryl Bernstein at 6:56 AM

Thanks, this is my second read of your Ring's piece. My Dad would sometimes take us in there, he enjoyed talking to odd characters, but Ringo was super scary to us as little kids. Like the Wizard and De Larno, long forgotten and larger than life. Thanks for keeping his memory alive.