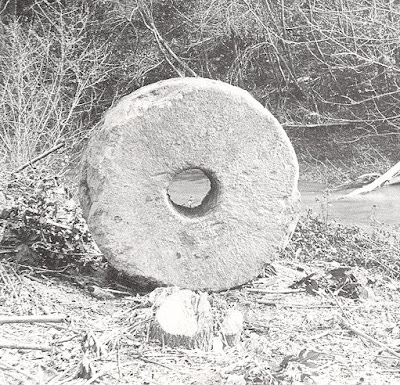 Maths has never been my strong point, but I think yesterday's entry about the vast gulf between the superior photographic image of public sculpture and its tawdry real life was my 150th post.* Which is time to take stock.

I've been blogging for just over eight months. I started in June last year at the behest of Best-of-3, who said come on, I think it would suit you, you should do it. I didn't do anything about it for a while. I'd read something somewhere (probably in a doctor's waiting room, which is where I read gossipy women's mags now I don't work in an art gallery, in whose tea rooms they are rife) about 99% of blogs being abandoned shortly after birth, and I didn't fancy adding another orphan to that statistic.

And at some point I'd looked at Paris Hilton's blog, or was it Ginger Spice's, with its wildly enthusiastic initial entries, then a few hasty posts followed by apologies for not writing and promises to be more regular in future, then radio silence; much like the scenario that always played out with magazine pen-pals in the 1970s. Having been through that experience I would hate to start something with a whizz-bang that I couldn't finish, and just dribble on for a bit until I ran out of puff. (Post-grad studies have honed this rather numbing sense of commitment all too keenly; one gigantic sword of Damocles hanging over my head at once is quite enough, thank you.)

Yet over these months, I've found that I quite like blogging: the inconsequentiality, the politics, the anecdotes, the humour, the virtual community, the online acquaintanceships; the chance to develop ideas into a little something that stops short of an essay but has more juice than than just a passing remark. Blogging four or five times a week feels less a millstone than a kind of mild and pleasant vice (now, if only I could advance to the same sort of state with my studies...). My sense of it is a rolling conversation with like-minded friends, albeit invisible ones. I've written various posts that I haven't published, largely because on reflection they were fundamentally ill-natured (albeit perhaps amusing); that's my personal line in the sand, in matters for public consumption at least. Likewise, I've appreciated advice from bloggers I admire: no matter what the temptation, don't blog when inebriated, don't bang on about the kids or post their art online. I've almost always followed these words of wisdom.

One of the things about blogging that I quite enjoy is having a look now and again at the site stats; being a complete ignoramus about technical stuff, I've just followed other bloggers' leads on this (particularly Best-of-3, who remains a daily inspiration) and gradually worked out over the time I've been on the air not only how to analyse who's been visiting Art, Life, TV, Etc. and where they've come from, but more to the point why they've come. When you write for print publication, there's a big gulf in time and emotional distance between what you put out there and its eventual reader. The immediacy of blogging's reader response -- seeing who's reading, and commenting, on what, almost as it happens -- is vastly appealing. It can also be quite astounding.

Over the short life of Art, Life, TV, Etc., I have been frequently taken aback at the bizarre nature of some of the Google keyword searches which send people to my blog. A while back I posted about the supposed censorship of a local artist's work at the Dunedin Public Art Gallery, thus unwittingly sending dozens of nude dwarf fanciers from around the world to my site. (Vastly disappointing when they get here, no doubt. Off you go, please.)

There's a sense of community that arises from blogging, no matter how dubious or intangible its basis. Sometimes I wonder about the advisability of blogging about one's personal obsessions: a creeping horror that Pareidoliac's notion of blogging-as-therapy might be on the mark. (No! No! Please, no...) But overall, I'm glad to reveal that blogging has proved it's not just me: I must be quite normal as literally hundreds of people round the world (albeit mostly concentrated in the southern continental US and frequently logging in from military bases) are likewise obsessed with the painting of the two dogs in Martin Scorsese's Goodfellas. I repeat, it must be quite normal, and it's cheered me no end. I've had millions of hits on countless misremembered variations of 'One dog going this way and one going that way', 'One goes East and one goes West', etc etc. And then dozens more wondering who painted it? Where is it now? Which National Geographic photo inspired it? What does Joe Pesci say about it? And finally one asking where can I buy Tommy's mother's painting? (Rather hopeful, the latter, I would have thought. But you never know.)

Occasionally I feel a little guilty at the trusting nature of some of the queries which have come my way. People wanting extermination solutions for bathroom insects are bound to go away disappointed. Likewise the surprisingly large number of readers in the Indian subcontinent wanting access to the "thoughts of great men" have met only with unbridled smart-arsery of an art-historical nature. (Sorry about that.)

Occasional queries are quite specific. Someone in Campbell, California, wanted to know artist Coosje van Bruggen's maiden name. (Couldn't help.) Someone in Wellington wanted to know how old the new director of Auckland Museum, Vanda Vitali, is. (Sorry, don't know. Can't imagine why you'd want to.) Someone in China is very interested in artist Marie Shannon. Someone in Kuala Lumpur wants to know more about writer Edward Hanfling.

Then there are the school (or perhaps undergraduate) projects; diverse, yet overall art-historically comprehensive. "Where are sculptures with Viking helmets that are currently in a museum?" "Pine martens fur were used in art for what?" "Why is Pak 'n' Save's logo yellow and black?" "How to enter a paranoiac-critical state?" "Is there a press release for artist Doris Lusk?"

The long and the short of it is that after 150 posts I haven't run out of puff yet: there are more personal obsessions, art historical anecdotes of dubious scholarly merit, and tangential art-world digressions still to work through. Thanks for your company so far. See you next week.


*D'oh! I just looked again and it's actually 160. Told you maths wasn't a strength. Oh well.
Posted by Cheryl Bernstein at 7:56 PM

Congratulations - always a great read to be had here! - and thanks for the link

I was linked to this blog because of the post containing a picture of the luxury car parked outside COCA, which is where I work. I have been thoroughly entertained by your posts since I was diverted here, and not being an avid blog follower (being an ashamedly slow reader/Gen-Y type who spends too much time on the internet clicking around in circles without absorbing information) it was refreshing to find some writing that's witty, engaging and diverse in subject.

Most of my encounters of writers concerned with the arts have been deterring for a number of reasons, one being the indulgence of unnecessary points of reference. Referencing an example, in my opinion, should be a helpful and informative technique to explain a point, opposed to an opportunity to boast knowledge in a pompous and self aggrandizing manner.

So far I have found your posts very honest, intelligent and elegantly written but never abstruse or arrogant. Thank you for blogging.

P.S - I am new to blog culture, how can I "follow" or link to your blog from my own (although mine is not public).

An inspiring post Cheryl, and one that gets me thinking more about blogging and difference. In thinking about blogging-as-therapy, I suspect sometimes people assume that a virtual identity helps one to become more 'real' with one's actual identity. In fact, I think blogging is transformative because it presents an actual self with a first self-difference in the form of a virtual identity, thereby destabilizing the illusion of simple personal and single identity/self in actual life.

Incidentally, I dislike the word 'therapy' along with the words 'mental illness'. It comes with too many moral overtones.

Your writing is enjoyable - it has a light touch without being light in thinking or content. Such good advice, not blogging when inebriated! I suppose its the long hand version of drunk-dialing.

I am pleased to hear that you have mountains of words left to write ;) Though I have not met you in person, I feel as though I am getting to know something of you through your blog, and as you say, something of a virtual community arises through our conversations online.

@artandmylife -- thanks for the comments; always enjoy hearing from you.

@Dialtone -- thanks for the very kind remarks. (All nonsense of course.) I think you can do the 'follow' thing from the dashboard of your blog, if it's a Blogspot one. Or you could click on the 'Subscribe here' RSS feed at the top right of Art, Life, TV, Etc to get updates into a Google feedreader. As for linking directly from your blog, again you can do this via dashboard>>layout>>links.

The sight of the Bentley parked slap bang outside COCA's front door was very funny: I had half a mind to write a post about art gallery directors' vehicles, but fairly quickly thought better of it. (See rule 1 in my post above about blogging.)

@Pareidoliac. Thanks for the excellent thoughtful comment. While the idea of blogging-as-therapy makes me cringe (being the foul elitist art snob that I am, I think that therapeutic creativity is all very well but shouldn't be out there for public consumption on grounds both of good taste and interest value to others), I really like your notion via Laurence Lessig of blogging as problem-solving, of writing as a way to work through cultural issues by having to mount an argument about how point A led to point B. I'm never sure of how what I'm writing is going to end, but the direction is always given by the discipline of writing itself.

Very glad to hear that you plan to keep blogging for some time yet.

I have an aesthetic dictator in me also. :)