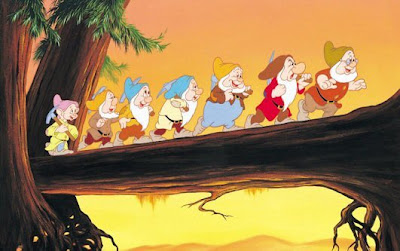 Not that I think for a minute that this piece of breathless reportage was really how the story went down (I say curator, you say censor... let's call the whole thing off), but I do take my hat off to the writer of that headline in the ODT. Good work, though they might also have considered some tasteful variation on "dwarf tossing". Nice opening sentence too: "A Dunedin artist is grumpy because she says her nude dwarfs have been banned from the Dunedin Public Art Gallery."

The Herald, on the other hand, has a pretty dopey account of the deep South's art-dwarf controversy with the artist suggesting that it's all down to self-censorship on the Dunedin Public Art Gallery's part because -- ahem -- they're "afraid" of Te Papa, whose touring Rita Angus survey show has just opened there.

"They told me the Rita Angus curator didn't like the dwarfs ... He thought too many little old ladies going to the Rita Angus exhibition would be offended."

All news to Te Papa, of course, and wearily denied by the DPAG who decided to "celebrate the strongest aspects" of the artist's work by leaving the dwarfs out. TVNZ has vision here, if you're up for it.
Posted by Cheryl Bernstein at 12:44 PM