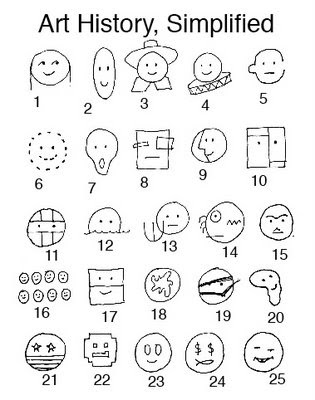 It's official. Art historians are a disaffected bunch, much put-upon, ignored by colleagues from other disciplines, working for peanuts without the respect they deserve, battling both rampant anti-intellectualism and the high cost of international air travel. At least, that's according to the results of a survey by the College Art Association of America (CAA), which recently asked its members to list the most pressing issues they face in their profession.

While the CAA divided their responses into 10 categories, the Art History Newsletter blog suggests they can be boiled down to just two:

Disillusioned respondents could do worse than consult Charles M Rosenberg's list of career alternatives for art historians. Regrettably, however, most of his suggestions also require a "high tolerance for economic uncertainty" -- which on the strength of the CAA survey would seem to render art historians temperamentally unsuited.

Oh well. Back to the disaffection it is, then.

Posted by Cheryl Bernstein at 10:53 AM