Death of a princess 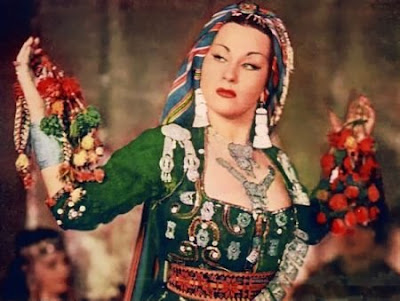 What seems like a lifetime ago, I spent a couple of gloomy years in the provinces, learning my trade. I thought I would save a lot of money, and possibly also finish a half-written novel, as there were very few distractions where I lived: but I discovered that, as my predecessors had, I spent both my wages and my weekends driving to more interesting places, desparate to be distracted after another week spent in dun-coloured sweaty suburbia.

During what I now refer to as my period of missionary service in the heartland, I spent those long turgid weekends when I was stuck in town listening to music, making compilation tapes for the long drives north and west. On wet Saturday afternoons I wrote playlists and made picture covers for my cassettes. (When I saw High Fidelity some years later, it played like a documentary.) Because there wasn't a decent European mechanic where I lived, when the thermostat in my car blew I drove for some time with the heater stuck on high, which necessitated the driver's window being down and the music turned up loud. It was at this time I discovered Yma Sumac.

Once heard, never forgotten: "She warbles like a bird in the uppermost regions, hoots like an owl in the lowest registers, produces bell-like coloratura passages one minute, and exotic, dusky contralto tones the next," a Los Angeles Times reviewer wrote following a 1955 performance. The self-styled Voice of the Xtabay (or "female ensnarer"), Yma Sumac had a vocal range spanning four or five octaves and looked like an Incan princess (she claimed to be descended from the Peruvian imperial line, and may well have been).

Her brand of supercharged technicolour tribalism (described by the Tampa Tribune as "South American travelogue scripted by Disney, directed by Dali") was enormously popular in America in the early 50s, her records outselling even Bing Crosby. Self-taught, Sumac claimed to be influenced in her vocal style by the jungle birds and animals of her native Peru; when she played Carnegie Hall, she was flanked by two erupting stage volcanoes. Somewhat prone to exaggeration, Sumac claimed that when she left Peru, 30 000 people rioted in Lima. Her son suggested ruefully that there was just one -- his mother -- but it may well have seemed like 30 000. (Strangely, a rumour that she was really a housewife from Brooklyn named Amy Camus -- her name spelt backwards -- persisted in clinging to her, though it was vehemently denied by both the singer and the Peruvian government.)

Yma Sumac, who died aged 86 on Saturday at an assisted-living home in her adopted LA, provided a soaring note of tribal exotica to the soundtrack which backed my desparately provincial life in those years. Mondo suburbia ... Glenview mambo ... la la la! (Needless to say, I never did finish that novel.)
Posted by Cheryl Bernstein at 9:45 AM