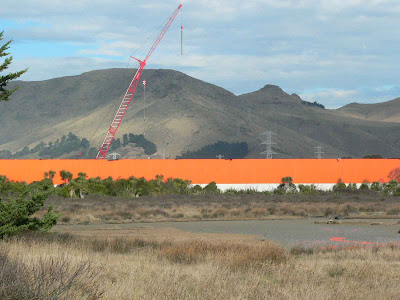 A while ago, an unholy fracas ensued in the letters to the editor page of the Press -- a regular occurrence in the great Southern city, which has a larger volume of correspondence than any other major daily newspaper I've ever read, although not a better-informed one. Only last week the paper decided to stop printing a weekly roundup of the names of those correspondents whose letters weren't deemed fit for publication during the previous seven days, something I must say I always looked forward to with a slightly mean-spirited enjoyment. The number of unsuccessful submissions would appear in brackets after the person's name; notorious letter-writers might have (3) or (4) or even more after their all-too-familiar handles. Apparently, they had bombarded the editor with still more communications requesting that if their letters were not to be published, the correspondents be written to privately, in person, to tell them so, rather than being outed publicly in the paper as they had been for decades. Boo. It's letting them off much too lightly.

The particular literary venting of spleen I'm concerned with involved the building of yet another big box retail warehouse, out at the end of the estuary as you approach the Ferrymead bridge on your way to Sumner. Seemingly overnight, Mitre 10 banged up one of their concrete-sided Mega boxes, as they were entitled to do under a City Plan which allows a mixture of industrial and retail development to burgeon freely amid the habitats of native estuarine birdlife.

And adding insult to injury, they painted the gigantic concrete bunker luminous orange; up until this point, there had been nothing in the council's building regulations to stop them. Needless to say, the community swiftly became apoplectic with rage; the hundred-metre long "orange smear" under the hills that appear in various paintings by Doris Lusk loomed large in the letters to the editor page for some weeks alongside fighting talk of consumer boycotts, until the company finally backed down and toned down the corporate livery. (Proving, perhaps, that newspapers still have their uses as an effective means to concentrate community pressure.)

While the orange Ferrymead Mega-lith didn't appear on the list of "The World's Top 10 Ugliest Buildings and Monuments" reported by Reuters on Friday (I guess they were looking for really distinctive ugliness, such as Liverpool's Metropolitan Cathedral pictured below), I was interested to read of the Washington Post's project to reimagine the big box. Assembling a team of artists, architects, engineers and developers to "think creatively about what to do with spaces once occupied by big box stores -- our most common, underrated and increasingly available major buildings", the ideas included vineyards grown inside under solar voltaics or actually planted on the roof, a hydroponic drive-thru truck farm market, and an artists' colony with flexible studio, living and performance spaces defined by shipping containers. With a bit of imagination, it was suggested, with its massive footprint, vast roof span and ceiling height, the failed retail big box might even become the cathedral or museum of the future.

Or maybe you could just knock them down and start again. 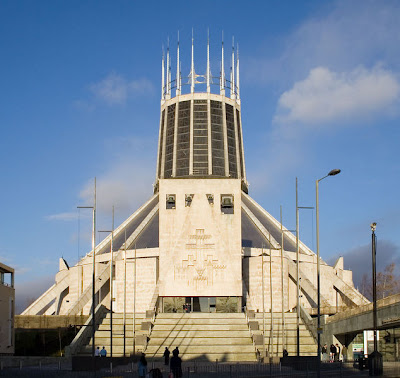 Email ThisBlogThis!Share to TwitterShare to FacebookShare to Pinterest
Labels: architecture