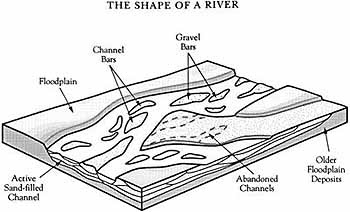 "In New Zealand, especially, contemporary art and those dedicated to creating it, discussing it, writing about it and supporting it are tellingly absent from mainstream media sources. The ‘art star’ phenomenon is a completely alien notion. While a local artist may garner media attention once they have been recognized abroad, it is rarely the reverse."

During a recent interview with The Listener, NZ artist Mladen Bizumic, currently based in Berlin, "suggested that whilst ‘Aotearoa is producing an incredible number of good artists [...] we need to advance [...] a critical discussion around art.’ This comment is not about creating more funding opportunities - New Zealand already has many (the former Prime Minister Helen Clark personally oversaw the arts portfolio). Rather it is a backhand aimed at local print editors, many of whom seem addicted to the Associated Press wire and are largely indifferent towards content focused on contemporary art and culture."


"A visit to one of the great museums of modern and contemporary art that exist in every important city might easily convince the observer that art is just plain culture, not a subculture -- that is, something central and dominant in society. After all, so much money and civic pride have been invested in it. But the people who make up the art world often wonder if their culture is really central at all. Undoubtedly they believe that it ought to be, but they are deeply aware that there is something eccentric about their relation to the culture at large, something fragile. ... The publisher of Artforum reluctantly admits that his magazine "is establishment in a funny sense"; likewise, contemporary art is a culture but in a funny sense. The art world doesn't know whether it is a subculture pretending to be a culture or a culture pretending to be a subculture."

Barry Schwabsky, 'Agony and Ecstasy: The Art World Explained', review of Sarah Thornton's new book Seven Days in the Art World, in The Nation, 13 November 2008
Posted by Cheryl Bernstein at 9:57 AM

Email ThisBlogThis!Share to TwitterShare to FacebookShare to Pinterest
Labels: art and the media