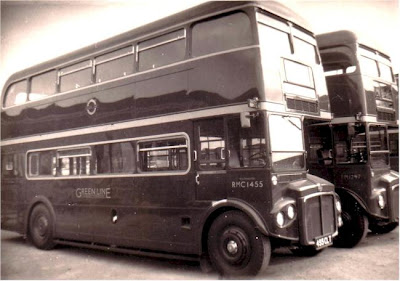 
When my family arrived in New Zealand in the late 1970s, we'd been told by many people to expect that it would be just like Britain, but warmer and less snobbish: the move halfway across the world would just be like moving to another British city, albeit somewhere a bit out of the way like Wales or the Channel Islands. On arrival, it took perhaps ten minutes for my child-self to realise that I had been seriously misled. It took another six months or so to feel relaxed enough with the culture (the differences in language; in humour; in the ways that people relate to one another) to be able to participate with any kind of spontaneity.

After a while, though, Britain receded in my mind to a point where seeing images of the Tower of London or Big Ben or the Changing of the Guard in a travel brochure looked as colourful and foreign as pictures of Prague or Istanbul. My memories of my English childhood grew no less vivid but receded into an odd disconnected state, like a series of surreal vignettes from a TV show involving double-decker buses and bomb scares and Fry's Chocolate Cream and the ministry of silly walks from Monty Python: some sort of mad mash-up of The Liver Birds, Dr Who, and Dad's Army, voiced over in the received British pronounciation of my preteen self.

We've been here thirty years now, and so whatever I am, it's more of a New Zealander than an English person. But there is still the odd moment when I catch sight of something and am transported back.

This morning it was the news that architect Norman Foster -- his firm, at least -- has won the competition to redesign the new London bus in time for the Olympics. Foster has gone into partnership with Aston Martin to come up with the proposal, which, with its bulbous curves and cheerful front end, looks like a chirpy new friend for Thomas the Tank Engine on the Fat Controller's railway. I also like the fact that Quantum of Solace is advertised on its side panel -- the Aston Martin DB5 was quite clearly the best Bond car ever. (My brother's Matchbox version featured an ejector seat to shoot the baddie up into the air ... on many family holidays under driving rain in the Cotswolds I wished our car were fitted with one ...) 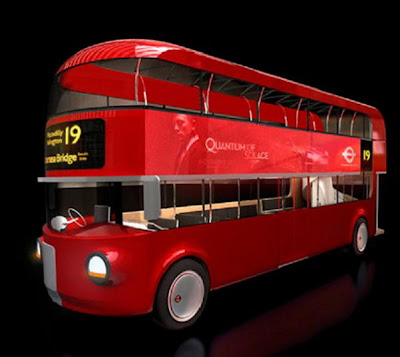 Apparently Foster has gone for a wooden floor downstairs with a "salon" kind of feel: upstairs there's a glazed roof and solar panels to power heating. No mention, though, of the periscope so significant in my childhood, from which front seat passengers upstairs could spy on and make faces at the long-suffering bus driver down below, despite strict written instructions on a notice forbidding you to do so. (It was one of those 1970s things, like not looking directly at the sun or pointing a spud gun at anyone, that no one could help themselves doing. The more you were told not to the less you could help yourself.) Foster's obviously fond of tall pointy boy's-own kind of things: I imagine the periscope's a must-have.
Posted by Cheryl Bernstein at 9:21 AM