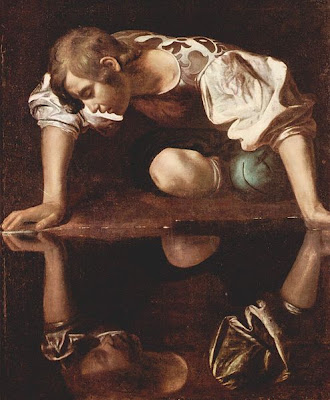 A few things that have been on my mind over the Easter break.

1. A taste for Suede

Having grown up in a household where plants were regarded as either 'tasteful' (usually those used by Gertrude Jekyll for her Edwardian gardens such as astrantia, hostas, and oak leafed hydrangeas) or utterly 'tasteless' (cheerful 1950s cultivars in shouty bright colours including freesias, begonias, dahlias, and hybrid tea roses), I was interested to read about artist Carol Bove's use of vintage plant catalogues in her exhibitions at the NY Horticultural Society and the Tate St Ives. In particular, I'm drawn to her description of a brown daffodil named Suede hybridised in 1973 as possible evidence of a botanical 'period eye' in the history of taste. 'Daffodils are all clones of each other,' she notes, 'and each cultivar (or variety) is genetically identical, so you can’t renew a variety once it’s faltered. Flowers need to be continually in circulation and nurtured to persist, which always strikes me as such a clear metaphor for the history of ideas.'

Film maker Karina Longworth on the role of Twitter in her life, via Tomorrow Museum:

'(Twitter) allows me — a freelance writer who works at home alone when she’s not spending two weeks out of every month on the road –– to communicate a cumulative narrative of my idle thoughts and actions to an audience that responds in real time. It’s a simple thing, but there’s something incredibly comforting about having an ongoing reminder that if I have something to say, there are people who want to recieve it. Some days, the trail I leave on Twitter is the best proof I have that I actually exist.'

Bernd Neumann, the German minister of culture, has firmly rejected the call that Sir Norman Rosenthal made late last year to end the ongoing restitution of works looted by the Nazis to Holocaust victims and their heirs.

'History has always looked after works of art in strange ways. Ever since the beginning of recorded history, because of its value, art has been looted and as a result arbitrarily distributed and disseminated throughout the world. Of course, what happened in the Nazi period was unspeakable in its awfulness. I lost many relatives, whom I never knew personally, and who died in concentration camps in the most horrible of circumstances. I believe, however, that grandchildren or distant relations of people who had works of art or property taken away by the Nazis do not now have an inalienable right to ownership, at the beginning of the 21st century. If valuable objects have ended up in the public sphere, even on account of the terrible facts of history, then that is the way it is.'

'The German government stands by its historical and moral responsibility. It would be unacceptable if, despite improved knowledge, we were to perpetuate the injustices already suffered by deciding against restitution.'

While there's a different history involved, the restitution and return of inappropriately acquired cultural property, both from national holdings and from international organisations, continues to be a critical issue both for New Zealand museums and for iwi. It's something that our museums quite understandably stay very quiet about.
Posted by Cheryl Bernstein at 8:36 PM