Who turned the lights out? 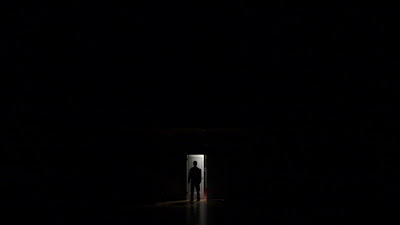 
If you've ever stumbled -- perhaps literally -- into a public art gallery and wondered who turned out the lights, it was probably the conservator. It's the conservator's job to preserve the works of art for the future, and they often effect this by demanding on lighting so dim it's hard to see the exhibition. Gallery and museum conservators apply stringent rules for the display of artworks and cultural objects, including low lighting to avoid fading through UV exposure, and a relatively stable humidity and temperature to ensure that works don't warp, crack, or succumb to fungal spores.

There is an inevitable tension between the museum's twin roles of preserving and exhibiting. (The conservator's narrowed eyes, occasional sharp intake of breath and sometimes -- awfully -- a long slow shake of the head when reading a curator's wishlist for an exhibition is an art gallery comedy staple, much like someone mislaying their trousers in a French farce or fat jokes in a Farrelly Bros flick.) The trouble is that it's much better for the longevity of the objects or artworks to keep them in an airconditioned box than display them to the public. The changes in temperature and humidity around works of art caused by, say, a hot crush of people crowding round at an opening, or a class of kids wearing wet raincoats, is marked, and distinctly detrimental to the physical condition of the work, which is literally being slowly destroyed by every pair of greedy eyes clapped upon it.

Or is it? Anyone who's ever worked in an art gallery has wondered how conservators know this stuff. Is it really true? Will the work really fall apart, or completely disappear, 200 years hence, if the light on it is a bit brighter than usual for six weeks or so? Argue against it, and you're a potential destroyer of the nation's cultural heritage. Go with it, and you're stumbling around in the dark with the public visitors. The trouble is, much like an assessment of the safe amount of alcohol to drink during pregnancy, verifiable experimental conditions are both difficult to record and unpalatable to establish. Much the best to be on the safe side and leave well alone.

But interestingly, the director of the Tate, Nicholas Serota, has wondered long enough and is now taking action, seeing if there is room to operate with 'more subtlety' under the exisiting museum conservation guidelines --which I'm quite amazed to discover from this article were actually established only in 1978, by Garry Thomson, a London-based conservator who had researched the effects of fluctuating humidity on antique panel paintings, and whose recommendations quickly became the global museum industry standard. (A current panel painting specialist at the Met, George Bisacca, wonders if this should still be the case: “If you can keep that relative humidity constant, then you stop that constant process of expansion and contraction. But people who don’t understand the mechanisms involved have taken that [idea] and applied it everywhere on earth.”) Along with the director of the Victoria and Albert Museum, Mark Jones, Serota is convening a group of directors of some of the world’s most prominent museums to address the issue of how specific materials are actually affected by physical changes in the museum environment, and is now working with British conservators to figure out where to begin.

Perhaps they could consider using New Zealand museums as a case study.
Posted by Cheryl Bernstein at 9:48 PM