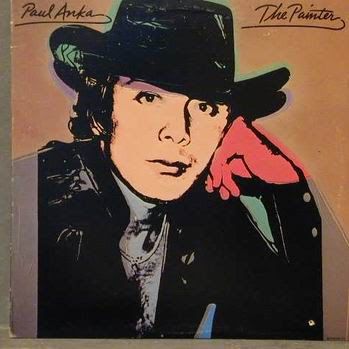 Most of the time I really like living in New Zealand. Though sometimes I worry that New Zealand's relationship to the world is a larger mirror-image of Te Awamutu's to New Zealand (a trading post for farmers occupied by salt-of-the-earth inhabitants in walk shorts; a few famous people were born there and left as soon as they could), actually I'm happy to stay put in this bolthole at the end of the world. While it can be a little dull, on the other hand the living is fairly easy and the place has much to recommend it. Although I am more an indoors sort of a person (as I heard myself describing myself the other day to a new friend I was having coffee with, who asked me hopefully if the big guy and I went tramping much [#lightlarf]), if you like that sort of thing there is plenty of extraordinarily beautiful scenery to look at here. The food's good. The water, in Christchurch at least, is great. The healthcare's OK. The climate's all right. The government's stable. The only problem, really, is the culture.

It's not the local culture that's problematic; every time I've returned after travelling internationally I've remembered, all over again, just how lucky I've been (and still am, now and again) to work with contemporary New Zealand artists. It probably goes without saying that the top echelon of New Zealand artists is working at the equivalent level of their peers anywhere in the world. Contemporary New Zealand art isn't a crap option globally, it's no one's second-best; nor, to use Tony Fomison's immortal phrase, does it require a haka-and-handstands act in support when it goes overseas [are you listening NZ at Venice organisers?]; artists of New Zealand descent hold their own anywhere, by merit of their own work.

But what is problematic, living in New Zealand, is access to international culture. While the changing economy of contemporary music has revalidated international tours for major recording artists, the huge costs in bringing international visual art to New Zealand means that we only really get to see international work which falls into one of the following categories:

As a result what we don't see in New Zealand are the small or offbeat shows of work by notable international contemporary artists who aren't household names (in NZ at least) -- Cy Twombly, say, or Brice Marden, or Julian Schnabel, or Richard Prince, or Larry Clark, or Louise Bourgeois. The kinds of shows that are important culturally, but in a market sense are neither income-generating blockbusters nor cheap enough to be able to be absorbed by general public art gallery budgets. Although there are a couple of Auckland-based gallerists with international stables (notably Gow Langsford, Andrew Jensen, and Jenny Todd at Two Rooms) who do a good job of showing significant works, it's really access to the modern or contemporary art history I'm after, in curated exhibitions that look at a particular facet of an artist's practice or which in themselves might illuminate the better-known work.

'Warhol Live', now on show at the deYoung Museum in San Francisco is exactly the sort of exhibition project I'm talking about, which I would love to see but which is equally the epitome of the kind of show that never comes to New Zealand: a fastidiously-curated exhibition looking at the role of music in Andy Warhol's work, including the fifty album covers the curators tracked down (Canadian teen-idol Paul Anka's The Painter, pictured above, is one of the better-known.)

When Warhol came to New York in 1949, fresh out of art school, the long-playing record had just recently hit the marketplace. Warhol called the big labels, offering to illustrate their covers. He won an assignment right away, from Columbia Records, for an LP called “A Program of Mexican Music.” His drawings, of ancient drummers and dancers, were crude, but already they anticipated signature aspects of his later works.

He copied the figures from 16th-century Aztec sketches that he found in a Museum of Modern Art catalog, a forerunner of his tendency to make art from existing images, like the Marilyn Monroe photos and Campbell’s Soup cans. And he used a technique known as “blotted-line” drawing, a basic form of printmaking that foretold his fascination with silk-screens.

These early covers “have pizazz and elegance and a sneaky linearity, like Cocteau with a movement disorder,” said Wayne Koestenbaum, the author of a Warhol biography. “The blotted line gives a jumpy and nervous and emotionally unstable rhythm to the otherwise coherent line, like a dry drunk."

Gee, I'd like to see that. Well, I'm not travelling anywhere in the next little while: guess I'll just have to buy the book.


(Just as a quick sidebar: in thinking about this post I came across Music Artwork, a terrific blog devoted to the connections between art and album covers. New Order's homage to Fortunato Depero's Futurismo; Sonic Youth warming their hands on the flame of Gerhard Richter; The Stone Roses' 'improvement' on Jackson Pollock's No.8. Well worth a visit.)
Posted by Cheryl Bernstein at 12:13 PM