A couple more images from yesterday, taken at dawn as I watched Michael Parekowhai's Yes We Are go up for the second time in Wellington. The work was driven down from Auckland the previous day on the truck that became its mobile plinth as it moved around the city. In the photograph of the sign on its back pointing up to the sky, there's just the possibility of a kind of Garry Winogrand-ish moment that makes me wish I'd had a better camera with me. 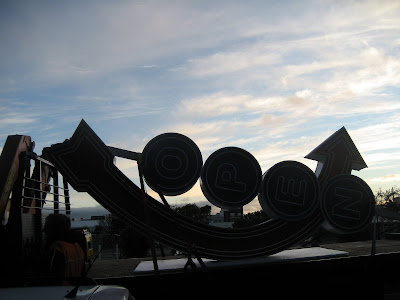 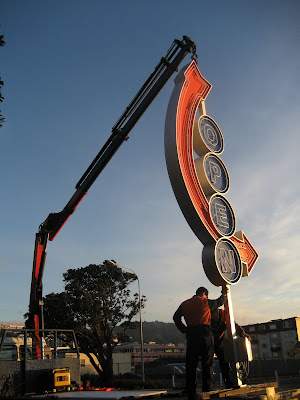 Posted by Cheryl Bernstein at 11:20 AM

Thanks Cheryl. It was painless!