How to get away from girls

The big guy and I are fans of both artists' books and handprinted books. We don't have many of the former, though we'd like to; but we do have a few of the latter which are among our prize possessions. Almost all of the handmade books on our shelves have been printed by Brendan O'Brien on an old-fashioned letterpress, in various suburban garages in Wellington and at the Rita Angus Cottage, during the term of his residency there. I love the gentle but distinct embossing of letterpress typography; the slight unevenness of the kerning, inevitable even in the hands of a printer as expert as Brendan; the sheer sense of significance of the printed word, composed painstakingly letter by letter.

The small guy, who started school at the end of last year, has been making handmade books of his own lately, again composed painstakingly letter by wobbly letter. Here's his latest, written in the form of a self-help manual for his readers. It relates to difficulties he's been having with a girl at school, who chases him at morning tea and covers him with kisses when she catches him. (I've changed the names on the cover.) It has a fairly tough and uncompromising message.

Last night, after commenting favourably on the unusual right-handed and round-the-corner binding (which has made photography quite tricky), a friend staying with us, who happens to be a prominent Wellington-based graphic designer, described How to Get Away From Girls as 'one of the great New Zealand books'. 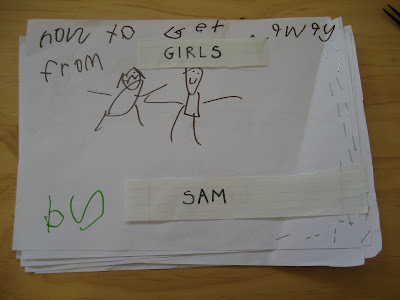 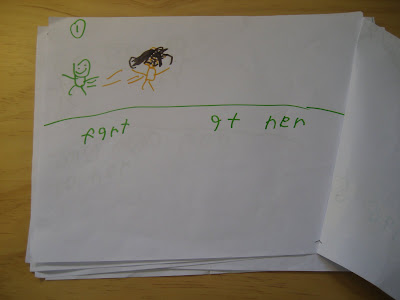 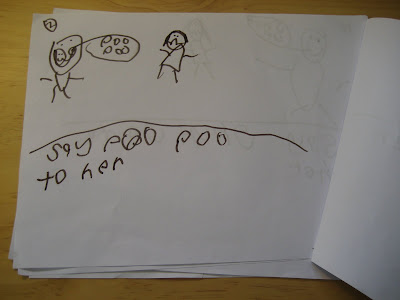 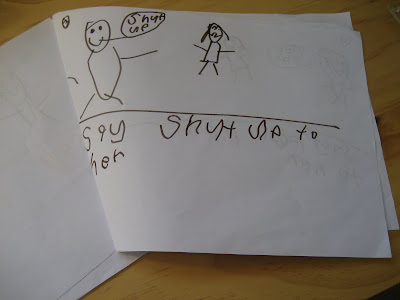 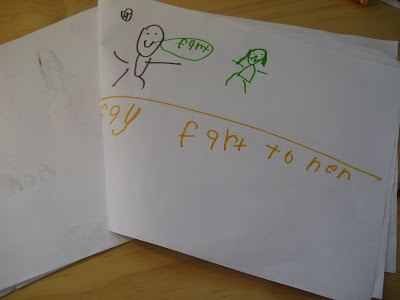 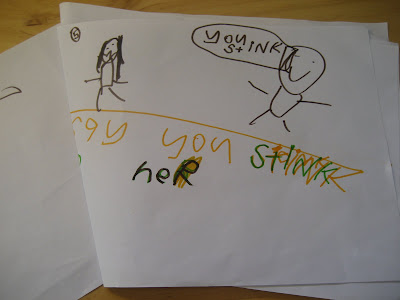 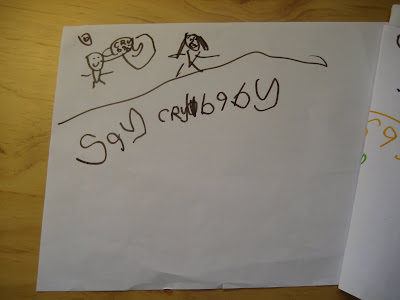 Posted by Cheryl Bernstein at 12:42 PM

Definitely a great NZ book :-) I love it!

Definitely inspirational stuff. When the small guy grows older, he might also try reading some of those "how to get your girlfriend to like comic books/videogames/'Greek' sex" guides to find further tips on how to get away from girls.

Thanks all for your kind comments, which I'll pass on to the author/illustrator. (However @Homage, I don't think he's likely to become a classical scholar. Cheers though.)

The small guy has just produced another publication: an activity book for rainy days, of which there have been many lately. It features an original wordfind puzzle of a scatalogical-cum-spooky nature.