Yesterday I was in Wellington, following Michael Parekowhai's truck around town from dawn to dusk. His work Yes We Are was suspended from a crane on the flat bed of the truck, and was driven to strategic spots around the city, where it parked for an hour or so before moving on again. It took about 20 minutes at each site to hoist the work and secure it at the base, and about the same to unfasten and lower it again and strap it to the deck when it was time to go. Yes We Are was the closing work in New Zealand's One Day Sculpture series.

Here's some photographs I took over the course of a very long day. 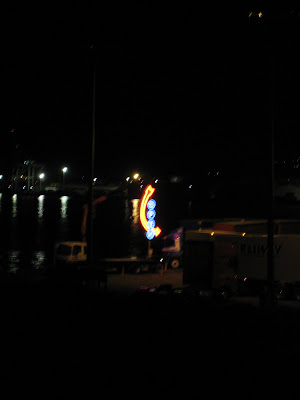 5am. Taken from the motorway layby overlooking the Inter Island Ferry's marshalling yard. 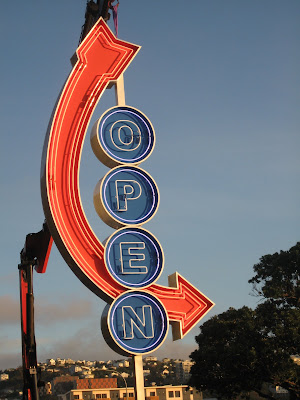 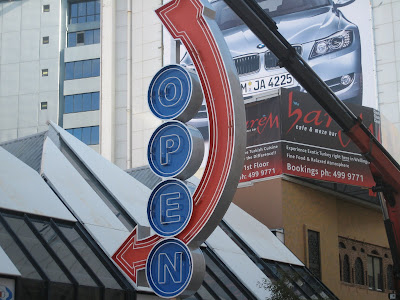 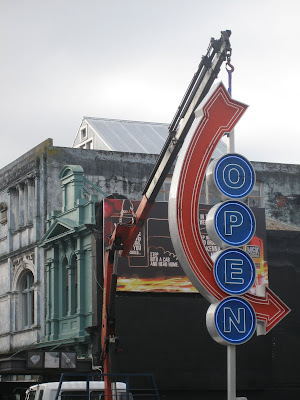 Lunchtime in Cuba Street, near the Peter McLeavey Gallery. 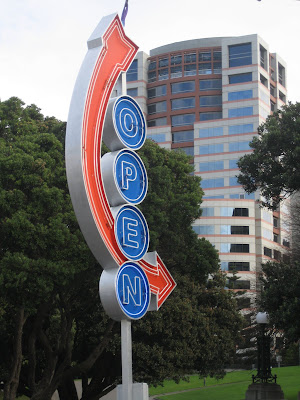 (Here I should have a photo of Yes We Are in its position at late afternoon on Oriental Parade near the Freyberg Pool, but I forgot to photograph it as I was having a cup of coffee at a friend's at the time, and saw it from an upstairs window. It looked great, though.) 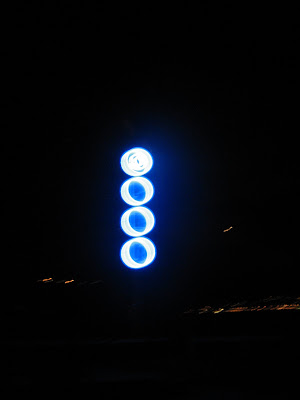 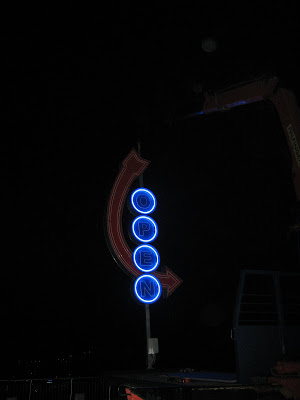 Last post: from the lookout at the top of Mt. Victoria, 9pm. (Clearly visible as far away as Vogeltown.)

Posted by Cheryl Bernstein at 10:55 AM

Love it! thanks for documenting this and great that you got there

Like all great ideas I'm compelled to ask 'what happens to it now?'

I'm not sure what happens to the work next. No immediate plans, I think, but I'd certainly love to see it again. It's the most divinely beautiful object close up as well as at a distance.

I'd also like to see another series of One Day Sculptures happen at some time in the future. While some of the projects seem to have been more or less successful than others, as you'd expect, overall as a research project I think it's had great value & reach, and excellent legs. When the dust has settled, I hope they think of doing it all again.