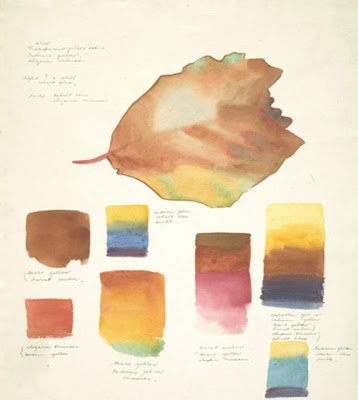 I had coffee this morning with an old and very dear friend, in town to install an exhibition of his new sculptural work. We met at my suggestion at the art gallery cafe (he pulled me up on saying this: which gallery? he asked. There's only one with its own cafe, I answered) as the dealer space he shows at has a flight of stairs like Mt Everest which are completely impassable by baby buggy (and down which over the years I have seen many artworld luminaries take a nasty tumble after sampling a little too much of the hospitality up above). I won't be going to the opening tomorrow: at 5.30pm, exactly coinciding with dinner- and bath-time for tired small children, art openings are scheduled as if on purpose at the worst conceivable moment of the day for families. The Wellington-based trend towards Saturday morning dealer gallery openings (OK then, just the uniformly excellent Hamish McKay) is something to be warmly encouraged.

I got to the gallery a little early so I could spend some time looking at the Rita Angus show, which has toured to Christchurch from Te Papa. It's had an avalanche of well-deserved positive reviews, primarily for the excellent curation by William McAloon and Jill Trevelyan who have thoroughly researched the history, delineated clear chapters in the work in order to make its progression intelligible for the viewer, and included a few surprises as well as greatest hits. It's textbook curatorial practice, which should form a model for such things for New Zealand museum studies and curatorial courses.

Te Papa billed the show as a 'gift to the nation', as they decided not to charge an exhibition fee to the municipal venues who are hosting the show on its national tour. The costs of putting the show on the road (crating, loan negotiations, etc) were thus absorbed by Te Papa rather than being paid for by the touring venues, which enabled them in turn to put it on free of charge to the public. Of course, that's a good thing; but at the same time one might argue that:

a. the cultural heritage of New Zealanders, exhibited in public institutions, should as a matter of course be free of charge to the New Zealand public; and

c. Putting a major survey exhibition of one of the country's most significant 20th century artists on the road should be business as usual for New Zealand's national art gallery, rather than an extraordinary event worthy of 'gift' status.

But far be it from me to be churlish, etc. (I decided against titling this post 'A Gifthorse to the Nation', as (a) the show has excellent bite; and anyway (b) I have foresworn mean-spiritedness as a blogging platform.) Rita Angus is a great show, and a big one; I'm delighted to see it in Christchurch; it's of such substance that it would take an hour or more to get round, if one had the luxury of doing it properly and didn't have a fifteen-month-old in tow with an attention span even shorter than mine. Because I know many of the works so well, on this occasion I was able to spend more time with the strangers-to-me, like this: 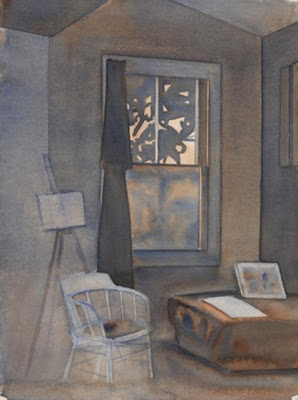 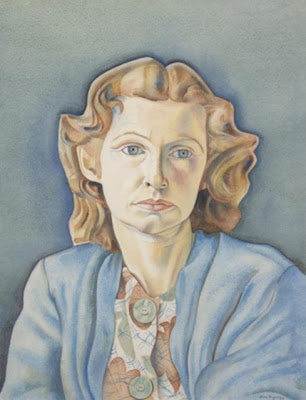 as well as my all-time favourite painting by Angus, AD 1968 (I have personal reasons for this -- an excellent year, 1968 -- as well as thinking it one of New Zealand's finest modernist works). 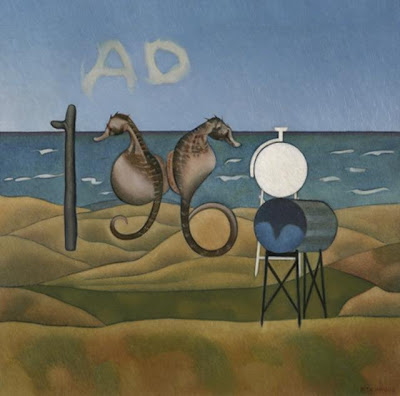 The inclusion of Angus's sketchbook material was a fantastic surprise, as was the inclusion of the preliminary study Colour Notes above from the 1950s, framed as a work and hung with other nature studies. The little washes of watercolour looked like Gretchen Albrecht's largescale abstractions on canvas from the early 1970s, and gave me an insight not only into Angus's technical prowess but also a quick vision of her as an abstractionist, in another time or place.

I've written before about the way in which access to the artist's preparatory material greatly informs a view of their work. There was something intimate, and private, and I suspect entirely memorable about being able to see the way in which Angus logged and developed her ideas, sketchy images surrounded by hasty pencilled notes, some of which later became paintings. I'll go back and spend more time with Colour Notes and the sketchbooks another day, if I can.

I was intrigued by a label on the case of ephemera which said something like 'Please respect the artworks'. While I think it was meant as a nice way of saying don't touch, it was kind of odd, as the sketchbooks were entombed in a perspex case, and you couldn't touch them even if you wanted to. (I did want to, of course; there's something so terribly frustrating about being only able to view a single page of a book.) The odd notice immediately made me think of Angus's much-storied sensitivity to criticism of her work. I trust visitors to the show have been duly respectful, and have only made positive comments in front of the work.

Although it really is a terrific show, I thought, not for the first time, that Angus's work is as good in reproduction as it is in real life. It's not something you can say of all artists: my experience of Angus's contemporary Gordon Walters, for example, whose strongly graphic works look great in reproduction, is that a real-life encounter can be breathtaking and quite different from looking at the work in a book. I don't mean this as a criticism of Angus's practice; maybe it's just that so many of the works are quite small, and quiet, and intimate in tone; and the book format, where you can sit down comfortably and look at the images in good light over time does as well for them as viewing in the gloomy spaces of the gallery, when you're on your feet and best behaviour.

(Just on this, I really wish Christchurch Art Gallery would turn the jolly lights up a bit. I know, I know, conservation values and all that: but I would just like it to be a little brighter in there so I could see the art better. I'm hoping that Nicholas Serota's conservation taskforce might change the rules of the game for the better for us all.)

Access to art's an important thing; whether or not like me one's in charge of a small anti-art protester and can only poke one's head briefly into an exhibition, barriers to full engagement with our visual culture are presented not only by dull lighting and steep stairs, but perhaps also more seriously by the absence of an actual National Art Gallery in New Zealand -- though the curators of Rita Angus: Life and Work sensibly haven't let that hold them back. I've said it before, but I will again: more like this, please.
Posted by Cheryl Bernstein at 2:16 PM

Great post. Gave me a new insight on the exhibition.

Thanks! I think your writing on the Angus show has made a valuable contribution to the criticism/commentary which has circulated around it.