All over the city today, to commemorate the anniversary of the Christchurch earthquake, people have been placing flowers in the tens of thousands of road cones which cordon off broken areas of the footpath or which mark particularly bad potholes in the road. It's a form of spontaneous public art. 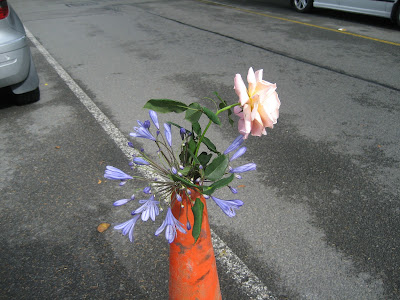 For those unable or unwilling to attend the big public commemoration in Hagley Park earlier today, there were a series of small, localised commemorations across the city on the banks of the Avon. People brought flowers from their gardens, and placed them in the river and watched them drift.

At 12.51pm today I went down to the stream at the end of our garden with a bunch of flowers, and I sat on the bank for a while, and then I threw them in. 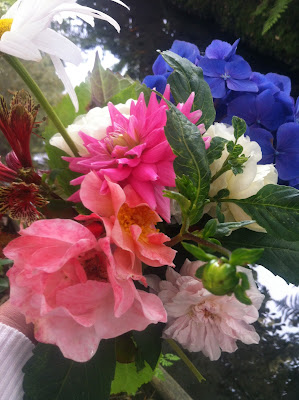 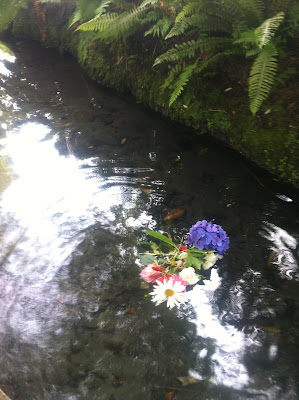 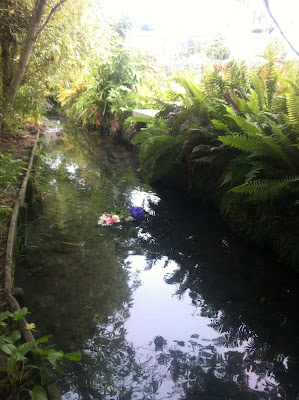 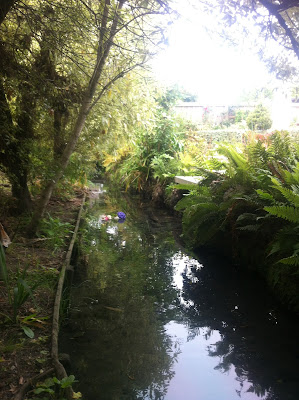 Posted by Cheryl Bernstein at 3:29 PM