The terror of the empty studio 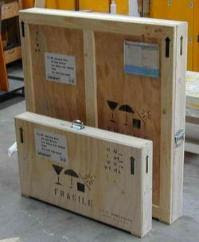 Clearing out some files the other day, I came across an art history essay I'd written at university in the 1980s. When I looked at it, not only did I have no memory whatsoever of having written it (something to do with the iconography of the Rossano Gospels; wouldn't be a popular course today I'd imagine) but I could dredge up no single fact about the subject that I'd retained over the years. Nothing. It was like someone else had written it.

The other remarkable thing about the essay was that it was handwritten. It was like an artefact from another civilisation, more akin to objects in the family archive like my mother's World War II ration book or my great-grandmother's homemade wire toasting fork, than anything I'd produce today. I suspect I'm a member of the last generation to have handwritten essays; when I was doing my undergrad degree only the commerce students (trainee capitalists and smug young Nats who stood for student politics) ever seemed to use a PC (or "word processor" as it was then referred to) to produce their deathless prose. Arts students couldn't afford to, though my flatmate had an ancient upright manual typewriter he'd bang out his essays on, like the one Peter McLeavey still uses to type his exhibition invitations.

The main thing I remember from writing essays at university was the terror of the empty page. I'd write my name and the title of the essay at the top, and then I'd put my pen down. It always felt impossible to start, even when I had something to say. The paper seemed so clean and white and unforgiving, while my thoughts were so inchoate and meandering, refusing to order themselves sensibly around the topic, let alone suggest anything remotely profound.

Books about writing practice advise people like myself making heavy weather of it simply to start writing, even to write complete nonsense, on the premise that breaking the ice is the first step, and that editing is easier than writing. Even so ... I'd run the first few painful sentences through my mind, eventually write them down, and dismissing them as either pretentious or banal (quite possibly both at once), would crumple up the page, chuck it in the rubbish bin, write my name on another blank piece of paper and sit, there, stumped. This could go on for hours, until in desperation I'd ring my father, a man of action.

"What's something interesting about the work?" he'd ask.

I'd think of something.

"Right," he'd say. "Here's the first sentence." And he'd dictate it down the phone.

I'd scribble it down, change it a little maybe, and I was away.

For some years after that, although I used a computer at work, I had to initially handwrite anything that required sustained or creative thought, and transfer it later to the screen. It took a decade for me to start writing directly on the PC, when to my surprise I found that there was no equivalent terror of the blank screen. Everything was so provisional, could be changed or deleted so quickly, that it all stopped being so critical, and I could just start writing.

I've done a lot of writing over the years, and although it's got quicker (and I haven't needed to phone my father for opening sentences for a long time now) it hasn't got easier. Each piece of "serious" writing is as difficult as the last, and takes the same degree of temporary withdrawal from the world and emotional energy to sustain it. But there's nothing like the feeling of having finished a text to one's own satisfaction; there's an emotional high that can last hours or even a day or so.

To this end, I have a great admiration for artists who year after year produce serious bodies of work, and send them off for exhibition and public criticism, only to be confronted by an empty studio and the need to do it all over again. And again.

Interviewed on National Radio's 'Arts on Sunday' programme a couple of weeks ago, after receiving one of this year's five Arts Laureates awards, painter Shane Cotton spoke about his experience of completing new works, and the way in which earlier paintings are left behind.

"The only great time -- I'm talking from personal experience -- when one has the real sense of standing on top of the mountain is [when] you've produced a suite of work, the exhibition's up, and you're very happy with it; and then you walk out the door, and you leave it, and then it's down the hill. And the whole thing's got to start again. And that's how it is. The work's always going to be out there, but just in terms of achievement, and feeling like you've got something going here -- it's gone. You go back to the studio; it's empty; the walls are bare; you've got to pick up the brush or whatever it is you do, mix the paint, and start again. And it doesn't get any easier."

Posted by Cheryl Bernstein at 12:02 PM