Waiting for the Man

Artforum notes that musician John Cale will represent Wales at the Venice Biennale in 2009, producing a new audiovisual work exploring aspects of the Welsh language in collaboration with artists, filmmakers, and poets. Along with Lou Reed, Cale was a founding member of the Velvet Underground in NYC in 1965; creative disagreements saw him leave the band in 1968 and carve out a solo career as a musician and producer working with the likes of Patti Smith, Brian Eno, The Stooges, Siouxsie Sioux, the Happy Mondays and the Modern Lovers.

Here's a quote from Cale, put out by the Welsh Arts Council, and appearing in various articles about Wales's plans for Venice:

“As surprised and honored as I was to be asked to contribute to the Welsh presentation at the Venice Biennale of Art 2009, it also was a challenge that I eagerly accepted,” Cale said. “It offers an occasion to address certain pernicious issues in my background that had lain dormant for so long. There are certain experiences uniquely suited to the exorcism of mixed media and I am grateful for this opportunity to address them.”

It was Cale's use of the word "surprised" which caught my attention. It sounded suspiciously like the Welsh Arts Council simply approached him to take part, not requiring him -- in the tiresome way Creative New Zealand still does -- to submit a detailed proposal which would be considered in competition with those of other artists against the brief for the project, as if a country's participation in the Venice Biennale were an algebraic problem to be correctly solved.

The Welsh selection procedure for Venice isn't entirely clear from their website, but this paragraph in the job description for members of their Venice Advisory Committee leads me to presume that no proposal competitions are required in the watery land of Dylan Thomas and Richard Deacon:

"Research on the artist/s to be selected for 2009 will begin as soon as the Curator is in post. The Advisory Committee will have an opportunity to discuss various possible artists and themes before being asked to ratify an exhibition proposal from the Executive in the Autumn of 2008. Once the artists are selected, the Executive will work with them to create the exhibition that will be installed in Venice for the opening in June 2009."

Eh? What's that? Appoint the curator, discuss possibilities exhaustively with a group of expert advisors, work up a proposal, confirm the selection, no mucking around ... Put this together with the admirable Bedwyr Williams, whose work I've been reading a lot about lately, and I have to say I like the cut of the Welsh jib. 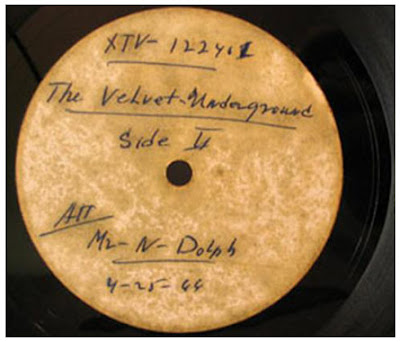 Here's what Alun Ffred [love the double eff] Jones, minister for heritage in the Welsh Assembly Government, had to say about Wales's choice of a singer-songwriter for Venice: "John Cale is a 'bard' in the widest sense - an artistic craftsman whose work is firmly rooted in Wales' cultural history, and it will be exciting to see how this manifests itself on such an important international platform."

I saw John Cale play in Christchurch in 1986. It was one of the best gigs I've ever been to, just the man sitting on a stool under a single spotlight with a floor mike in front of him. There were two perfectly conceived opening acts before him, as I remember: local singer-songwriters Roy Montgomery and Chris Knox. Here's a crazy idea: just imagine if New Zealand's arts council woke up one day and thought, what if we asked Chris Knox to put something together for Venice? Not a bad idea at all, but I just couldn't imagine it happening.

Maybe we're too enthralled by due process and the political imperative to be seen to be giving every man and his dog a fair go ever to operate in such a grand manner and leave the artists-proposal competition behind. Quite possibly there's something inherently bureaucratic in the national psyche which would preclude this kind of thing from happening here, whereas the Welsh (who've only been going to Venice since 2003) seem a bit more relaxed about it all, happy to select someone who is (a) not a visual artist and (b) unlikely to enter competitions, seemingly without fear that the Welsh people will rise up in revolution, crying "Unffair!"? I think it was poet D'Arcy Cresswell who suggested that New Zealand is a nation of clerks. Can't we be a bit more Welsh about things?

John Cale performing Heartbreak Hotel live at the Hillsborough Tavern in Christchurch, 1983.
Posted by Cheryl Bernstein at 9:12 AM