A horse goes into a bar

I've had a complaint from a regular reader that for a blog called Art, Life, TV, Etc., although we've had a lot of art and some sneaky bits of life now and again, there's been precious little TV content thus far. That's very true. Regrettably there's none today either.

But here are five etceteras that have been on my mind this week.

1. Quite a lot of thinking about Richard Prince's paintings has reminded me of the only joke I've ever been told by an art dealer.

"A horse goes into a bar. The bartender says, 'Why the long face?'"

(The old ones are definitely the goodies.) 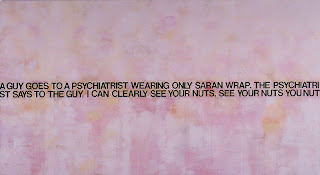 
2. Who would have thought the august British Museum was such a treasure-trove of tat? Following my recent post about Rita Angus's socks, a reader has pointed me to the cultural glories currently available in the British Museum's gift shop: Rosetta Stone tea towel anyone? Tutankhamen's Aroma of Intrigue perfume for men (more must than musk...)? Sacred Egyptian Book of the Dead coffee mug? Nice. 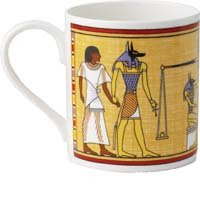 
3. A dream about a tidal wave sweeping down K Road. Odd. Art-related in some indefinable way.


4. As well as knock-knock jokes, whoopee cushions are big in our house this winter. Beware anyone who idly sits down on the couch without first checking: an enormous raspberry is likely to issue forth from under the cushions, followed by indignant accusations and hysterical giggling from the small person. Again, doesn't matter how often you hear 'em, the old ones are the good ones, etc., something which is reflected in the classic whoopee cushion's graphic design, which doesn't appear to have changed since it was invented in 1930. (Something for New Zealand's graphic design journal, The National Grid, to look into perhaps?) 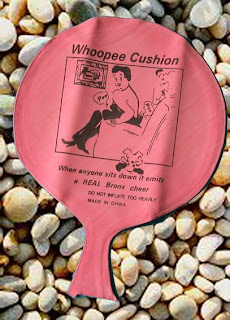 When the whoopee cushion's inventor tried to sell his prototype to a practical joke firm, its owner, Soren Sorensen Adams, who had made his fortune in the Sneezing Powder craze which swept America in the first years of the last century, and was the marketer of such gems as the Exploding Cigarette Box, Itching Powder, the Stink Bomb, and the Bar Bug in Ice Cube, passed over the opportunity as he deemed it too vulgar to sell. The mail order company Johnson Smith picked it up instead, and successfully sold it along with their other novelties -- x-ray specs, joy buzzers, and fake vomit -- on the back covers of comics. Which explains why the style of the cartoon on the whoopee cushion (source material for Dick Frizzell if ever I saw it) reminds me so strongly of the adverts for sea monkeys I used to see in comics and lust after in vain as a child ...

5. Thinking about scale of sculptural works after this invitation from the Hamish McKay Gallery popped up in my in-box. 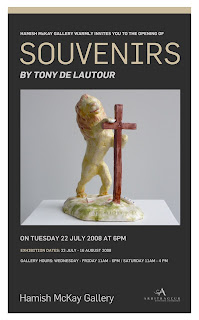 Wouldn't it be great if someone gave Tony de Lautour a whole heap of money to make a really massive version of this work ...

Posted by Cheryl Bernstein at 4:05 PM