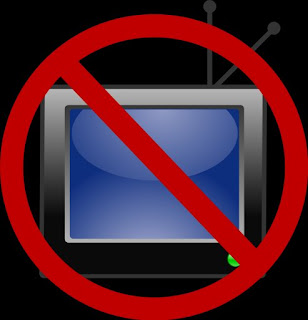 Last week, Art, Life, TV, Etc. ran a survey into which visual art professions are the most trusted. The results are in, and readers, there's some shocks in store.

Firstly, some longstanding prejudices were once again confirmed. The closer to the money, the deeper the snouts in the trough: nobody has much time at all for auctioneers, who came a resounding first in the dodgy stakes. Art dealers and critics, you felt, were much of a muchness; both predictably, but not spectacularly, dishonest. (Interestingly, someone identifying their own profession as art dealer rated 'critic' as the most dishonest of the art jobs; but they rated 'dealer' as the second most dishonest. And I guess they should know.)

Art curators probably received the greatest spread of responses, spanning the gamut of dirty to clean, which fits entirely with my own experience of them. Curators are tough on themselves, though; they were more likely to rate their own kind as dodgy than any other profession. By contrast, painters were more likely than any other profession to rate themselves as the most honest. I'm not entirely sure what to make of this, but am reminded of Mahatma Gandhi's useful exhortation to never trust anyone who first advises you to trust them.

The chief surprises came in your ranking of artists. From my own experience, I would rate sculptors as the most fundamentally honest of artists -- something to do with truth to materials, in a Bauhaus sort of way. Sculptors know how physical things work, and how much you can fake it before the whole edifice falls over. (They are also very good at putting up shelves, emergency plumbing, and home renovations; if you're thinking of marrying an artist, a sculptor beats every other category hands-down. Stay well clear of painters. You will save thousands on tradesmen's bills.) But that's not how you saw it, at all.

Sculptors reached a miserable third in the survey, more honest in your opinion than collectors and conceptual artists, but not by much. Far more honest than sculptors, in your opinion, were art installers (really? have you ever met any?). Painters topped the list as New Zealand's most honest art profession (but as I say, I am rather suspicious of the rampant self-interest displayed in the voting).

The real surprise came in your ranking of new media artists as the most clearly dodgy practitioners of any art medium, by a very, very long chalk. Why? Was it the awful sight of Sean "Jackass" Kerr lighting his own farts at the Physics Room recently? (Actually, I'm not entirely sure if it was the artist's own bottom being filmed, but on balance of evidence I suspect it was. Happy to be corrected on this, as ever.) I am completely at a loss to explain this result...
Posted by Cheryl Bernstein at 7:30 PM

Out of curiosity - was the survey intentionally set so that you couldn't rank two art-types at the same level of trustworthiness?

Yes. I did toy with the idea of being able to rate each art-type individually, but settled on the 1-10 matrix as I felt it would give me the kind of crude, blunderbuss-y result I was after. I suspect that I may be waiting a while for Crosby Textor to ring with an opening in their poll design department...

In response to the question "...Far more honest than sculptors, in your opinion, were art installers (really? have you ever met any?)..."
well, yes actually I have - the inimitable Rob Cherry in Wellington.

He's great, trustworthy and does a fantastic job.
He (and by default, Art Installers)got my top vote.