A brief list of things I learned from Julian Dashper 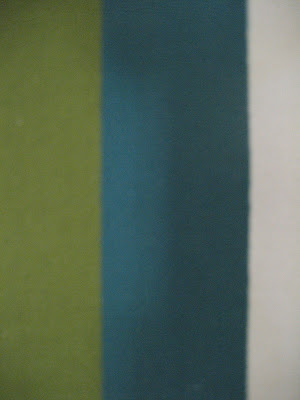 I was lucky enough to work with Julian Dashper several times over the years, and each time was an unforgettable experience. The most precise and exacting of artists in regards to the presentation of his work, he was also one of the most straightforward and delightful people I've ever worked with.

Over the past day, I've been thinking back over those times. Each project was characterised by a cluster of funny anecdotes (things that happened over the course of the project, as well as stories recounted by Julian about other projects). Each time I worked with Julian I went away with an increased confidence in the significance of public art galleries in bringing important work and ideas to public attention, and a series of valuable new reflections on curatorial practice and the workings of on-the-hoof art history. He was genuinely inspiring. I'll always remember a talk he gave to a bunch of high school kids about how he spent his day as an artist: he was just about mobbed afterwards by them, everyone wondering where they could sign up. While he'll be remembered chiefly by the extraordinary body of work he left behind, Julian's role as a teacher and mentor -- both formal and informal, variously of younger artists, curators, writers and public gallery staff -- shouldn't be underestimated.

As I wrote yesterday, I think the importance of Julian Dashper in shaping New Zealand's contemporary culture will become increasingly clear. It's already evident that someone of great significance has been lost to our culture.

Just for now, I want to make a brief list of some of the things I learned from him.

1. That the smallest details are worthy of consideration.
2. A different way to look at the relationship between form and content, back in the late 1980s and early 1990s.
3. That distance could be a strength and a source of distinction.
4. That contemporary art and popular culture aren't positioned at opposite ends of the cultural spectrum but instead run parallel to one another.
5. The evergreen coolness of Al Hunter.
6. The importance of collaboration between artists and writers.
7. That the placement of a semicolon can be of critical importance.
8. To wear my Noconas with pride.
9. That it's always all about the details.

Posted by Cheryl Bernstein at 11:52 AM

Thanks for your lovely posts on Julian. He valued his relationship with you. The thing that has come through so strongly in people's comments over the last few days is his conviction in his own work, and his encouragement of others to have that conviction in their own, whatever it might be. He respected strength and loved beauty, as you know.
Marie