The wee pool of terror: It was not fun 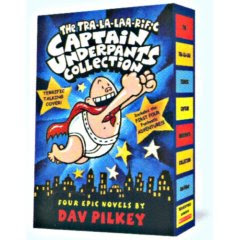 In recent weeks, the small guy has become a great fan of Captain Underpants. Anyone with small boys at home may now jump two paragraphs, but for the rest of you: Captain Underpants is a seemingly endless series of novels for junior readers in which two nine-year-olds, George and Harold (who spend their days drawing comics and sneaking into the school office to make hundreds of photocopies to sell to their schoolmates), accidentally turn their school principal Mr Krupp into a superhero. When Mr Krupp hears anyone snapping their fingers, he becomes Captain Underpants and gets into a great mess of trouble, pursued by George and Harold: he only turns back into Mr Krupp again when water is poured on his head.

Featuring superheroes, idiotic behaviour, fart jokes, baddies getting their come-uppance in the end, and enormous Y-fronts used as significant plot devices, I presume the target readership for Captain Underpants is predominantly male. (But there may well be girls who like that sort of thing too, you never know.)

Captain Underpants and the Wee Pool of Terror

Harold and George are bad.
It was at the pool. Wee was in it.
'Aha!' said Mr Krupp. 'I got you two.'
Click! He snapped his fingers.
'Oh no!' said George.
It was Captain Underpants. Their wee was in the pool.
'OK, got him,' said Harold.
Oh no! Captain Underpants went in the pool.
'Ah! I am in the pool! Help!' he said.
Mr Krupp was mad. They had to do extra homework. It was not fun.
'I hate school,' they said.
The End.

As chance would have it, I have been reading psychiatrist Frederick Wertham's Seduction of the Innocent (1954), a vastly influential tirade connecting comic books with juvenile delinquency which became the central platform for the moral panic against comics which swept the US, Canada, the UK, Australia and New Zealand during the mid-1950s (the precursor to later moral panics about milk-bars, TV, horror films, heavy metal music, computer games etc etc). Wertham described comics as a 'bacillus' and noted an insidious 'comic book syndrome' which adversely affected the psychology of many children under his care. While he really went to town on the adverse effects of the true life crime and romance comics which were popular in the 1950s, in his opinion even the good-guy superheroes destroyed the fabric of society: 'Psychologically Superman undermines the authority and the dignity of the ordinary man and woman in the minds of children.'

Hate to think what Frederick Wertham would have made of 'the wee pool of terror'.
Posted by Cheryl Bernstein at 6:29 PM