Revisionist western: 'I am sick of killing bandits'

As I have been known to remind him from time to time, the big guy is a very lucky man indeed: and one of the ways his good luck is manifest is to be married to someone as keen on westerns as he is. Blame it if you will on all those winter afternoons in our respective childhoods stuck in front of Bonanza, The Virginian and High Chapparal, and in my case the endless John Wayne seasons on the BBC during school holidays. 'Get on your horse pilgrim...'.

I think of my personal graduation from spaghetti to revisionist westerns in the 1980s (though actually we're not fussy these days: either will do) as marked by a shift from dust to mud, from the tumbleweed shoot-em ups of John Ford and Sergio Leone to the mud-splattered 'realism' of Sam Peckinpah on TV and Jim Jarmusch at the movies. Moving quickly past such lightweight excursions into the territory as Young Guns and Unforgiven, we arrived, some years ago, at what the big guy and I both regard as the final unbeatable high noon of the revisionist western genre; the single best show ever made for TV, the mighty Deadwood: vast tranches of mud and grit, buckets of gore, volleys of swearing of an almost operatic nature, corpse-eating pigs, corrupt big business and politics pitted against reluctant law enforcement, and a mother-lode of anti-heroes.

Now it seems the small guy has inherited his parents' fondness for epics of dust, blood, gold and tumbleweed: his latest book is titled Super Sheriff and the Stupid Sombrero Gang. In it I think he's been able to quite neatly incorporate many of the significant tropes of the revisionist western. 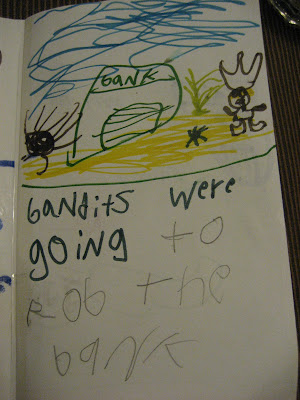 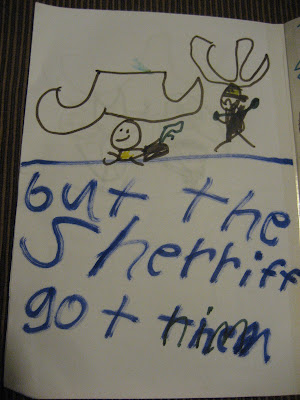 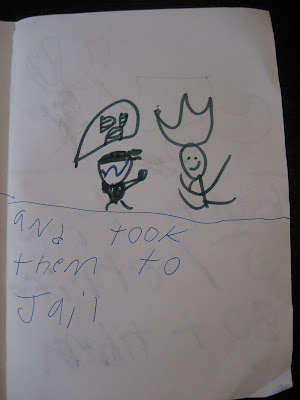 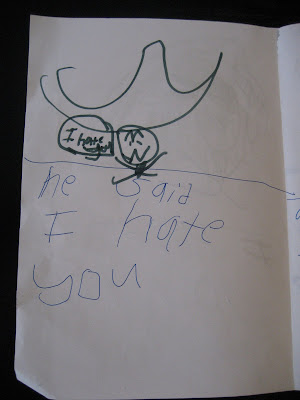 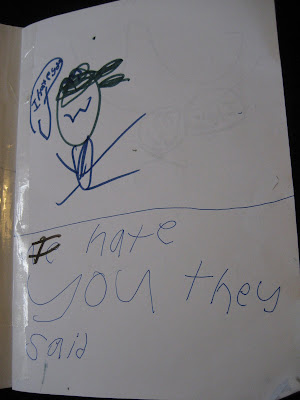 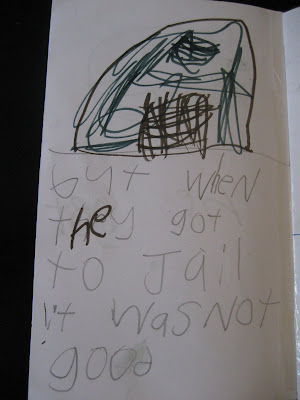 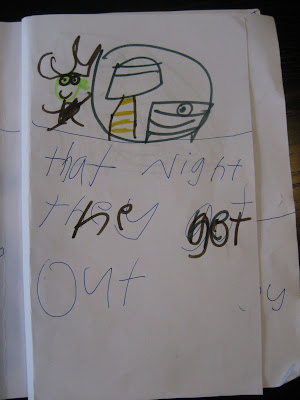 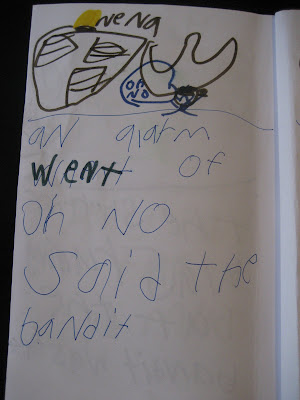 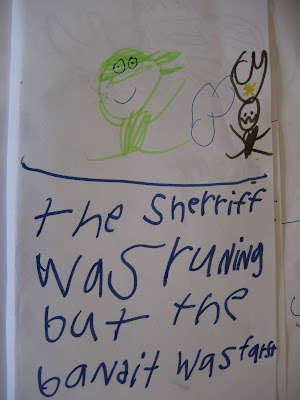 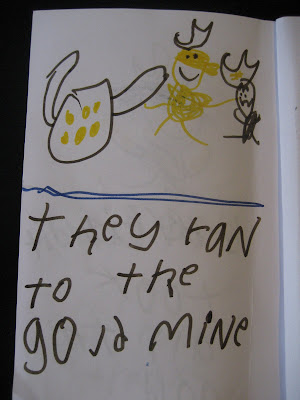 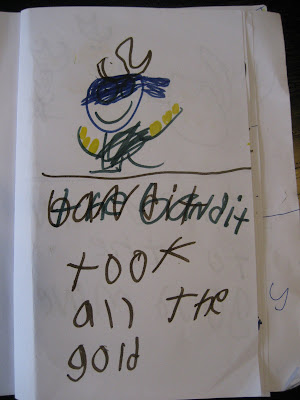 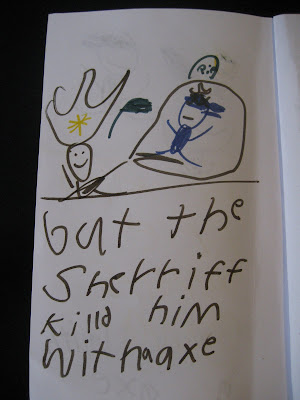 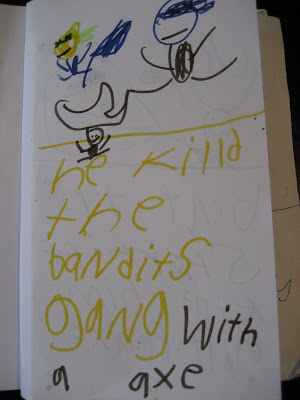 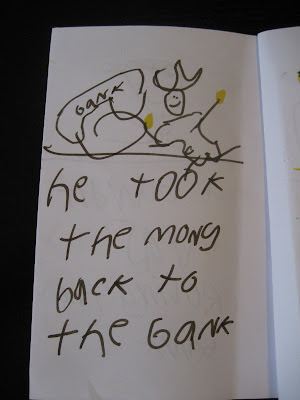 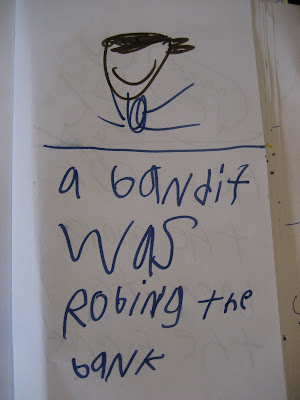 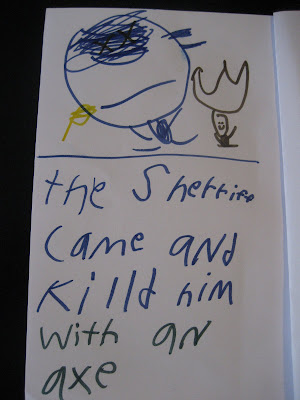 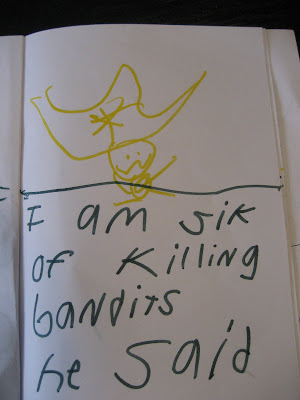 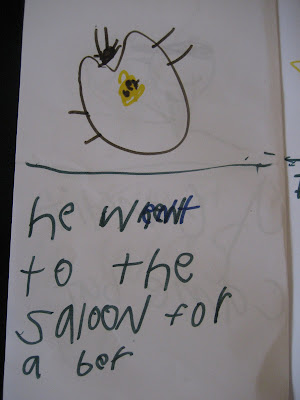 Posted by Cheryl Bernstein at 3:01 PM

Classic, send it to his publisher ASAP!