Clowns to the left of me 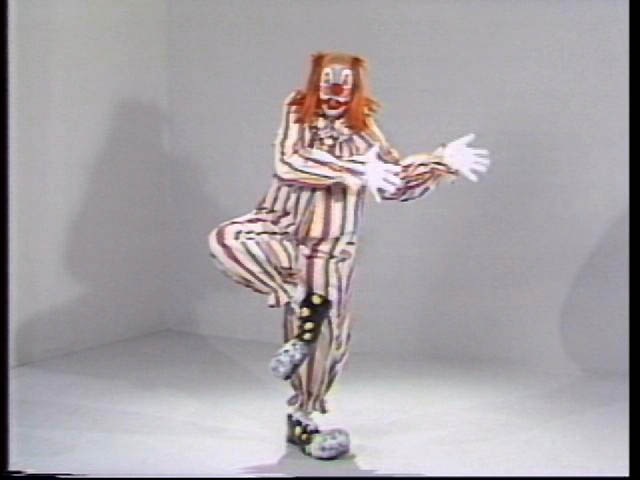 One of the issues with relational aesthetics that I've been thinking about is that its practices are frequently run like a science experiment where no data is collected. Interventions are made: a scenario is set up; an artist places an object or a gesture or an opportunity into the public milieu, and often that's sort of where it ends. Art people go to see the work; the general public might bump into it. But what do the passersby think about what they've seen? In a work that's essentially about the formation and expression of social relationships, how do people really relate to what they've experienced? If there's a catalogue then maybe some passing observations about public interaction are noted for posterity, but I've often thought I'd like to know about the audience response to this kind of public work in far more depth. It seems like the point, really.

For example, a few months ago when I went to see Thomas Hirschhorn's Poor-racer, one of the works in the national One Day Sculpture series, I wished I'd had the guts to ask the plump guy in nylon shorts and a curly mullet I saw there -- more of a car enthusiast than an art one, by the looks, though I'm repeatedly told it's quite wrong to make such sweeping generalisations -- what he thought about the work. Did it seem like an imaginative way to pimp a vehicle, or a bit of a useless one? Had Hirschhorn got the details right, or was it riddled with errors that only the initiated could see? And what did he think about an artist making an artwork about car modification? Did he see it as a piss-take or a homage? Or something else entirely?

With this on my mind, although it might be stretching it a bit to call it relational aesthetics, I was interested to read about Decider's decision to send three real-life card-carrying clowns to view Bruce Naumann's Clown Torture installation at the Art Institute of Chicago, and to record their responses in real time (via Art21 and Bad at Sports).

'We’re probably deserving of this treatment,' said one of the clowns, and how right she was.

I believe I've mentioned before that clowns are no friends of mine. I dislike them even more than street theatre performers and people dressed in rabbit suits handing out chocolate eggs in the supermarket. 'Don't make eye contact!' I hiss to the small guy but it is always too late: we have to stop and watch the capering antics of some dick in a fur suit in order to get away with the crappy chocolate prize. To my mind, it's simply not worth it. (Clowns I put in the same unspeakable category as the supermarket menagerie, with an added fear factor. They really are creepy, and it's not just that Stephen King book I read aged 14.)

A public gallery should bring Naumann's Clown Torture to New Zealand. I would like to see it very much, and would consider it a bit of own back for all I have suffered at their enormous rubber hands.
Posted by Cheryl Bernstein at 7:36 PM

Cheryl, I'm not a violent person (never have been) but I always thought it would be amusing (in a film) to see someone in a rabbit suit punched. I guess it would represent some kind of interface between art and life?

That sounds like the sort of interface between art and life that I would be interested to observe, and which Allan Kaprow was remarkably tight-lipped about. You hold the rabbit down, Laurie, and I'll...

in that vein, i was with billy apple at a preview where these annoying 'performance artists' came up and squirted water from a 'joke' rose at us... in a second billy's entire wine glass was splashed over the unsuspecting artist...

the thing i learnt from billy apple is that there is no difference between art and life...

I almost thought I could help out with a link to a animal-suited smack down with a montage of best scenes from The Wickerman http://www.youtube.com/watch?v=e6i2WRreARo However, I realized that the role is reversed in this situation (see 1:38 of videoclip) still one of the best non-intentional comedy montages ever.