I put a spell on you 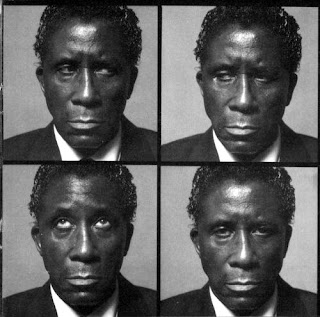 Once upon a time, before the Labour Government of 1984 did away with trade restrictions and brought us out from behind Muldoon's iron curtain, all the best music (that wasn't put out by Flying Nun) was imported into New Zealand by a handful of individuals in a few record shops round the country. If you grew up in Christchurch and fancied being somewhere else as soon as you could, you bought your music from Roy Montgomery at the EMI shop in Colombo Street, or Rob McLaughlin at the University Bookshop at Ilam. These guys were the tastemakers: when Roy Montgomery ordered up large on Joy Division's Love Will Tear Us Apart, it debuted at #1 on the New Zealand Top 40.

If I added it up, I have probably literally spent months of my life flipping through LPs in record shops, an arcane and now outmoded pastime. While I like the convenience and immediacy of iTunes, I miss the physical presence of holding a record in your hand, a real object purchased from a real shop; the ritual of flipping through all the bins, the thrill of the chase and the final choice of the record, maybe something heard on the ZB All-Nighter, which I used to listen to under the covers, notebook in hand; then the transaction, paid in cash, with the obligatory banter from the record shop guy, the breathless moment as he quietly approved your choice; then the journey home on the bus, clutching the record shop bag; at home, flipping it out of the sleeve, poring over the liner notes, putting it on the turntable and setting the needle down, playing it at least half a dozen times back to back...

I've been thinking today about all that, and the first "import" record I ever bought, from Rob at UBS Records, the day after I saw Jim Jarmusch's Stranger Than Paradise in 1984: Screamin' Jay Hawkins's I Put A Spell On You, which featured several times in the soundtrack. I don't think the sheer thrill of the moment when I bought the LP could ever be repeated; but then that's what every generation feels about the music that they grow up to. Screamin' Jay first recorded I Put A Spell On You in 1956, but his particular brand of voodoo jive backed my teenage years in Christchurch in the 1980s. Such a terrible hammy old schtick: Screaming Jay Hawkins starting his stage act coming out of a coffin, wearing a glittery Elvis cape, eyes rolling, face painted with white boot polish, a skull called Henry clutched in his hand. It all makes a terrible kind of sense in retrospect.

Posted by Cheryl Bernstein at 7:41 AM

Email ThisBlogThis!Share to TwitterShare to FacebookShare to Pinterest
Labels: Life in the 80s, Screaming Jay Hawkins