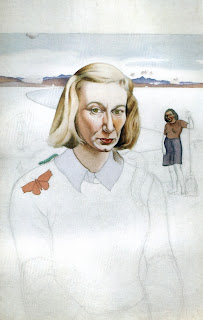 The coast at Sumner: Rita Angus, Self-portrait (with moth and caterpillar) (unfinished), 1943, pencil & watercolour, from The Angus Clan


A few weeks ago, I was at Cave Rock in Sumner. Because it was cold, and early, with a nor'easterly blowing up along the sand, the beach was largely deserted and we parked under the Norfolk Island pines at the beginning of the Esplanade, close to the rock.

Between the Main Road and Cave Rock are eleven stone cairns, each topped with four iron street lamps arranged in a cross formation. Two are larger than the others. Like Michael Parekowhai's Piko Nei Te Matenga/ The Consolation of Philosophy (2001), each commemorates the scene of a famous battle in the First World War. The base of the memorials are stones cut from the Halswell Quarry, piled together like the markers for field graves; blocks of the same blue-grey basalt were used to build the Cathedral and the Museum and the Provincial Council Chambers, as well as garden walls in the leafy north-west of the city. 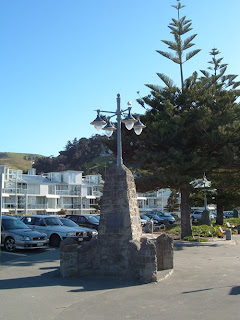 Tucked away to the right as you approach the rock is another rough-hewn stone memorial, simpler and cruder than the others. A depression on the front face once housed a drinking fountain. Worn at the edges, it looks like an empty niche designed to hold an ecclesiastical relic. On the side of the memorial which faces the sea, a marble tablet commends to memory "two Sumner boys", Sergeant H.A. Rule and Trooper G.E. Wiggins, who lost their lives in the now largely-forgotten Boer War. The inscription is unusually specific: like most of the New Zealand volunteers in South Africa in the first years of the last century, they died of enteric fever, or typhoid, a disease borne by the "winged sponges", as the large African blow-flies were nick-named by the colonial troops. The bodies were hastily buried where they fell in the Transvaal. 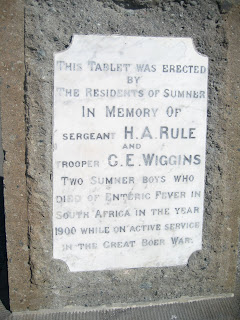 There was something odd lying on the footpath to the left of the Boer War memorial, a lump of bedraggled black fur.

"Is it dead?" someone asked.

As we took a photograph, a group of Japanese tourists stopped and watched in silence. 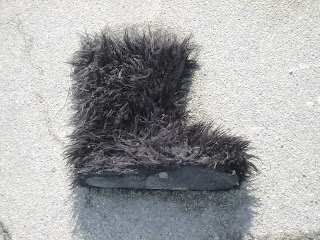 Past the garden beds filled with aloe and ice plants, and down the concrete ramp to the beach, when you look back to the Esplanade your view of the township is book-ended by Clifton Hill. Recently, to considerable public censure the Council allowed one of the first houses built in the garden suburb to be demolished: the grand home of Sir Joseph Kinsey, constructed from Halswell stone, where Robert Falcon Scott and his artist wife Kathleen stayed immediately prior to Scott's departure for the Antarctic.

Scott and his wife took their last walk together on Sumner Beach, on 28 November 1910. When the exploration party departed from Port Chalmers the following afternoon, after catching the train to Dunedin, Kathleen wrote:

"I didn't say goodbye to my man because I didn't want anyone to see him sad. On the bridge of the tug Mrs Evans looked ghastly white and said she wanted to have hysterics but instead we took photographs of the departing ship. Mrs Wilson was plucky and good ... I mustered them all for tea in the stern and we all chatted gaily except Mrs Wilson who sat looking somewhat sphinx-like."

When news of the deaths of Scott's party reached Christchurch in 1913, the city commissioned Kathleen Scott, who had been a student of Rodin, to sculpt a memorial for the centre of the city. She used white carrara marble for a statue of her husband in full polar dress; her first choice, bronze, had been commandeered for armaments. The statue, which includes words from the last note Scott wrote, found in the hut near his body, is positioned so that his back is to the South Pole. He is facing north, on his final homeward journey. 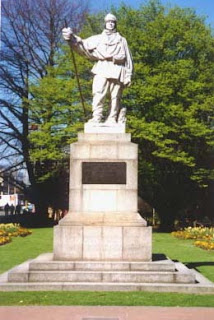 Christchurch is full of ghosts, despite the best intentions of its property developers and elected representatives -- and those who inhabit an intermediate existence between the two -- to raize their abodes to the ground and start again. Artists haunt the place: there are Sutton skies, cafes with psychedelic Clairmont-esque interiors, sweeps of coast drawn straight from a Fomison painting. It is impossible to climb Summit Road and look out over the folds of the hills to the plains beyond without thinking of Doris Lusk and Colin McCahon, sketching the post-war landscape together in 1948. Or walk along the tideline at Sumner without recalling the erotic surrealist arrangements of driftwood Theo Schoon made while visiting Rita Angus at her Clifton cottage.

And others: at the end of the Sumner causeway as the road turns through a cut in the rock towards Redcliffs, where I haven't been for years, I'm reminded of the stories of Julius von Haast, the first director of Canterbury Museum, digging cross-trenches in Moa-Bone Point Cave in 1872 where he found flax sandals left behind by the Southern Maori, as well as the moa bones he traded with overseas museums for items for Canterbury's collections. He was followed by generations of fossickers sifting the sand for treasure: mussel shells, bone fragments, bottles left behind by the workers who built the causeway across McCormack's Bay in 1907.

The mouth of the cave has been blocked up with hurricane fencing for the past decade or so. When I was last inside, as a teenager, there were coke cans and chip bags blown into the corners and an acrid stench of urine throughout. It was dark, and cold. Our arms were folded across our chests, and we breathed shallowly through our mouths. I remember I scuffed the sand with my foot, as if some archeological treasure would come to the surface, something I could take away with me. I felt unwilling to leave until I found it, whatever it was.

"Let's get out of here, it stinks," my friend said. "There's nothing here." 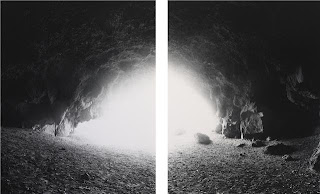