Any bigger and I'd have to join the circus! 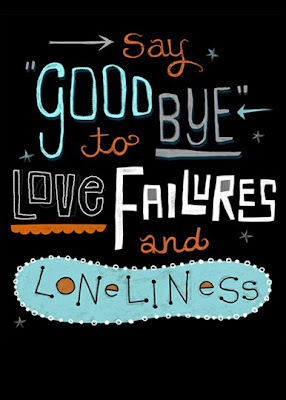 Many's the time I've checked my spam folder for stray messages diverted from the real world and have paused, held captive for a moment by the sheer inventive banality of the junk email message titles. Want "restless sticking ability?" "Posh items for your style?" A PhD "by nomination"? [Yes please.] "Tension in your zip?" "A twice-larger King Kong?" It's all laid out there for you with a click of the mouse.

I've wondered, from time to time, whether any artist has used these everyday pieces of electronic junk to make work; or a poet, perhaps, with too much time on their hands and an interest in found language and Burroughsian cut-ups. (Haven't found a great deal of note, yet.)

British graphic designer Linzie Hunter has just published a postcard book, titled -- ahem -- This Secret Weapon will Give More Power to Your Little Soldier, a series of one-liners based on junk email message titles. (Via Art News Blog this morning.) It's interesting, I think, how the slightly aggressive and insidious aspects of the spam messages are almost entirely nullified by the decorative treatment of her illustrations: the mind-sappingly banal rendered jauntily cute.

On the other hand, if you were in NYC today and cumulative banality was your thing (and isn't it everyone's? not just me is it?) you could go and see 70 still-life polaroids by Andy Warhol, on for another 5 days at Paul Kasmin. (Via ArtObserved.) Dating from 1977-83, the images are of subjects from everyday life recorded by Warhol's Polaroid Big Shot camera, a device he referred to as his pencil and paper. The polaroids were intended as starting points for his paintings and screenprints. 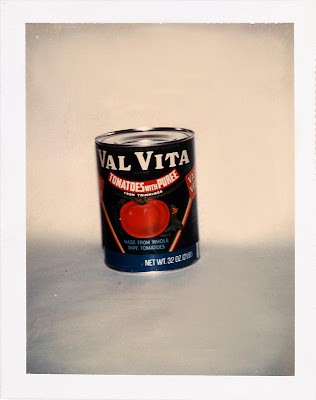 This is just the sort of interesting small-scale show I always wish would come to New Zealand but of course never does. It's not fancy enough -- not sufficiently block-buster-y -- to be brought in by a NZ art museum. Not enough people would visit to warrant the expense of bringing it to the other side of the world (though one might think polaroids could fly fairly cheaply?). On the other hand, it's not the kind of right-up-to-the-minute contemporary project that would fit the brief of Artspace or the Physics Room. And I couldn't imagine anything in it for a New Zealand gallerist.

Good news, then, that Kasmin has what looks like the entire show online. (Love it when art organisations are good enough to do that!)
Posted by Cheryl Bernstein at 9:59 AM

those pics of human hearts on dishes are seriously weird.