The end of the roll is approaching 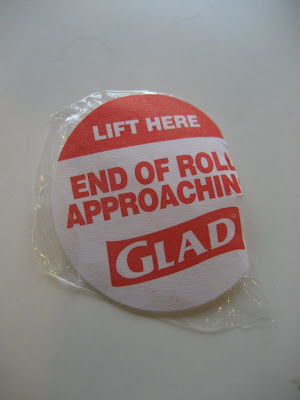 A quick digression today into the ever-fertile territory of personal peeves. Although generally I retain my irritation for the demolition of historic buildings, bureaucratic decision-making in the visual arts, and over-use of certain punctuation marks, today I am concerned with the strange phenomena of signing oneself off in the contemporary world.

A few years ago I exchanged a 9-5 job (well actually more like an 8-7 job) for a new 24-hour-on-call position. In my former life I broke up fights, wiped noses, encouraged creative expression and tried to instill a culture of good manners behind the scenes: I do much the same in my new role, though the participants are all under four foot high.

Accordingly, the foul jargon of the contemporary business world has moved on without me over the last little while. Sometimes the big guy comes out in conversation with something like "staff engagement", and I have to ask what it means. (In my day the equivalent was FIFO.)

But something I have noticed is the increasing penchant for addressing people without any ceremony whatsoever in correspondence. Blow all the fag of putting "Dear" in front of their name, or signing off with any degree of courtesy; now it just seems to go like this:

Not a "Yours" or "Regards" or a cheerful "Cheerio" in sight.

When I first came across this phenomenon, it was in an email from a person whom I would consider quite rude in real life, so I thought it was just a little special something they had devised. But it's increasingly common, and in my limited observation seems to be spreading through the artworld like glandular fever at a leavers' ball. Good friends of mine -- people I know to be completely delightful and unfailingly courteous in person -- are commonly doing it, so perhaps it's just that I'm out of step. I guess you could argue that the truncated courtesies exude a sort of modernist pared-back-ness, a ready-for-action no-nonsense sensibility in correspondence which some might find attractive, but I just don't like it. It looks like the sender thinks they're just too busy and important to bother.

(Which brings me on to a digression within a digression, a digression en abyme, as Francis Pound would have it. Public art galleries are, like all other branches of the public service, frequently inundated with impertinent correspondence commenting freely on all aspects of the gallery's operations, from the selection of works to the state of the foyer toilets. Dealing with this is either a pain in the bottom or a creative pleasure, depending on one's individual nature. An art gallery director of my acquaintance once described to me a reply he had sent with considerable satisfaction. "Dear So and So," it began. "I am seated with your letter of the 15th in front of me. Shortly it will be behind me. Yours sincerely, etc.") 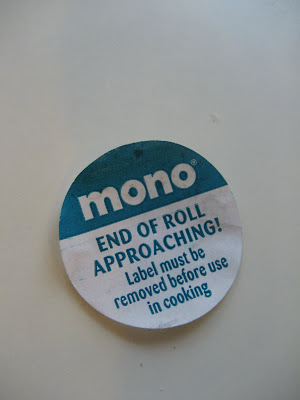 And so on to the final plank in this morning's peevish rant: the ridiculous faux-courtesy of the labels which have appeared recently on tin foil and glad wrap, helpfully telling you the roll's about to run out. Without exception, these labels dispense themselves right in the middle of the piece of foil you are planning to cook with. It is impossible to remove the label without making a hole in the foil, thus rendering it useless for cooking. And the piece that's left on the end of the roll after all this stupidity plays out is always too small for what you need. As Helen Clark would say, it's not helpful at all.

Given the choice, I would prefer that rolls of kitchen paper didn't bother with a sign-off. But it's nice when human correspondents do.

Posted by Cheryl Bernstein at 9:25 AM