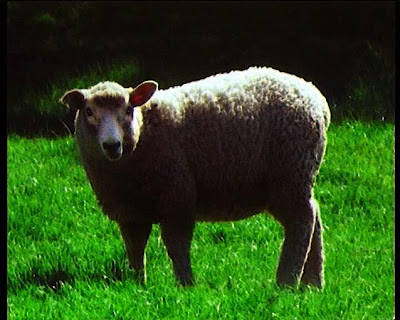 When curator Francesco Bonami invited animal rights groups to view the controversial video works of French-Algerian artist Adel Abdessemed (in which animals are shown fighting for sport or being bludgeoned to death by Mexican butchers) prior to the exhibition's opening at the Fondazione Sandretto Re Rebaudengo in Turin last month, it resulted in vigorous protests and the involvement of local legal authorities.

"An act of openness was seen as a sign of weakness, and when you show fear, it’s just like in the animal world, they attack you,” Mr. Bonami said. “That’s what happened with the animal-rights groups. We showed a little fear, and they attacked us.”

So far only warning signs have been erected: it's unclear whether the city will insist that the work be removed from public view. The same work was previously pulled from an exhibition at the San Francisco Art Institute; Bonami, curator of the next Whitney Biennial, is now reported as "thinking twice" about whether to include Abdessemed's work (which deals with the presence of violence and alienation in contemporary western society, and frequently features animals, as in his 2006 series of photographs of wild animals roaming the streets of Paris) at all in the Biennial. “I don’t want to terrify the institution," Bonami said, somewhat surprisingly. (Or perhaps he was issuing a challenge?)

I haven't seen the work (and probably wouldn't care to; I have a weak stomach and it's not the sort of thing I much fancy looking at), but I suspect that what, if anything, Abdessemed is guilty of -- in a public sense, at least -- is not being obvious enough in his moral standpoint to be publicly palatable. It's not entirely clear whether the artist is glorifying the suffering and death of animals, or is drawing attention to it in order to protest against it, or whether his works are in fact allegories of wider human situations. Or all of those things at once, or something else again. The audience isn't told. And of course, nor should it be. Although that's an entirely fair enough position for someone who's an artist and not a propagandist to take, in this private moral ambiguity lies a public problem. How should a work like this be understood in a public context?

Interestingly, one of the animal rights protestors in Turin suggested that if Abdessemed 's purpose was to "denounce the process of butchering animals", he should show their own "far more gruesome" slaughterhouse videos. This suggestion is founded on the notion that making images of real-life horror public encourages people to agitate against the conditions which brought it about. (I can vouch for this from my own experience: peering into the back of a butcher's van in my teens definitely encouraged me to become a vegetarian.) But one person's horror is always another person's entertainment.

While Bonami stresses that the animals would have been killed anyway, and that Abdessemed was just documenting what he saw, apparently that's not obvious from the videos themselves. His moral position is essentially ambiguous. It's a version of the eternal problem faced by war correspondents: should the photographer at some point put down the camera and try to intervene in the situation unfolding before them, or should they capture it and trust that the publication of the image of an atrocity will help to prevent more in future?

Perhaps it's a bit rich to compare the horrors of war with the slaughter of animals for food, which is, after all, only what Abdessemed is filming (as well as scorpions fighting spiders and whatnot while people bet on the outcome, which is apparently legal in Mexico). Not that I can imagine anyone bringing it here, but I wonder how the work would play in New Zealand? Probably OK, I would think: given our Calvinistic background, it's blasphemy or exotic sexuality which primarily pushes the New Zealand public's art censorship buttons. We're fine with dead animals. New Zealand's effectively been an enormous meatworks for the rest of the world since the late 19th century. (This in itself brought about a minor diplomatic contretemps when Peter Peryer's Dead Steer was exhibited in Germany in 1995, in an exhibition supported by the New Zealand embassy.)

As New Zealand band the Skeptics found back in 1987 when they shot their video 'A.F.F.C.O'. in a South Auckland freezing works, the meat-packing business is a violent and dangerous one, with six-foot chainsaws ripping beasts in half and 'men wading around up to their waists in blood'.

You need a strong stomach for that.
Posted by Cheryl Bernstein at 4:00 PM

Email ThisBlogThis!Share to TwitterShare to FacebookShare to Pinterest
Labels: art and the media, art curators, soundtrack

The Skeptics were a great band & their A.F.F.C.O video is fairly harrowing. I saw it for the first time about 2 years ago, and the systematic-slaughter-machine definitely made me feel a little queasy about being an omnivore. I also feel a sense of injustice that their music video was banned from television, seeing as the video consists mostly of day to day business of any freezing works. It's the synchronized crunch and grind of The Skeptics' industrial sound that really makes you squirm though.

I had to show it to Shaun Waugh who recently had an exhibition of photography at COCA, cataloging portraits of freezing workers ( http://www.coca.org.nz/exhibitions/60/ ). He was fairly unphased about the horror and gore of the video, as he was actually a worker in the Belfast Freezing Works and a subject in his own exhibition.