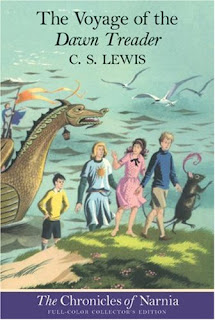 As a child growing up in England in the 1970s, I didn't know much about New Zealand. My only sense of it was as a sort of big farm, a long way away; the place where the butter and lamb and crunchy green apples came from. It was somewhere near Australia, which we'd done at primary school (flash floods in the outback, duck-billed platypuses, kangaroos, orange earth) and which I knew was at the end of the world. New Zealand was even further away than that, like the Outer Isles in The Voyage of the Dawn Treader, but without the talking animals.

When I knew we were going to move to New Zealand, I did some research in my Children's Pears Encyclopedia. There were people called Maoris who lived there, who sounded interesting and a bit scarey. They did war dances and wore grass skirts and poked their tongues out. There was a rugby team. There was a place where mud boiled in the ground. A kiwi was a fat brown bird with a long beak. Someone who'd been there said that everyone in New Zealand played sport, which worried me considerably as I was more of an indoors-ish reading books type of person, the sort of child who would always keep going to the back of the line when you had to jump over the vaulting horse at gym. Would they make me jump over it? Even more concerningly, English people were always referred to by New Zealanders as whinging Pommy Bastards. I wondered how I would deal with that.

The best aspect of moving to New Zealand was that it was an island in the South Pacific. I knew this meant golden sandy beaches, coconuts, palm trees, hot weather. The unfamiliar phrase 'temperate climate' occasionally snagged in my mind like a hangnail, but I thought it must just mean a different kind of tropical.

When we left England, it was 14 below in the west country. We drove up to Heathrow through massive snowdrifts, sometimes following the snow plough through the deep country lanes. No one spoke much in the car. There was some thought that we might be cut off from the main road. The world was white, and quiet. A crow flapped from an oak. The car smelt of dogs and Wellington boots and warm plastic. On the M5, the snow turned into grey slush, then disappeared altogether. South of Swindon, a big road sign said 'Granada', and we turned into a motorway service area. Over ham and soggy tomato sandwiches, I wondered why this place had the same name as the title at the end of Coronation Street, but Mum said it was named after somewhere in Spain. 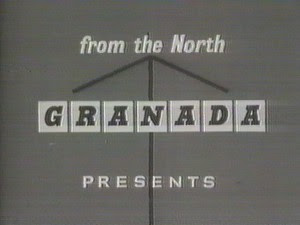 I think about it now, and my memory of the last day in England is almost entirely in black and white: the silver of the rain through the cafeteria window, the smoke of hot breath on the glass, the muddy grey of bulldozered snow, the pearly gleam of the surface water on the black road. In all this the only colour is my fizzy orange drink at the Granada service station, glowing like a Belisha Beacon, smudged at the edges.

As we approached Auckland, my father said, "You kids ready for the first look at your new country?" I knew this was an important moment. I waited a second, took a breath, then leaned over and looked out of the aeroplane window. It had been raining, and the creeks and rivers were brown and swollen. The fields -- I hadn't yet learned to call them paddocks -- seemed an unnaturally bright green. There were some sort of twisted scrubby trees growing in mud by the water's edge. I surveyed the landscape as we came in to land, increasingly desperate to find something of significance, a detail which would mark the moment, something to say 'This is New Zealand'. There was nothing.

The memory is less a recording device than a blank page waiting to be imprinted. Finding no fixed point in the scene unfolding through the aeroplane window, my memory of arriving in New Zealand has settled on a generic "grunts arrive at base camp" kind of shot from half a dozen Vietnam War movies -- Platoon, Full Metal Jacket, The Deer Hunter, Hamburger Hill. I hear the whump whump whump of the chopper blades, and down below the land is a waterlogged tapestry of brown and green, camouflaging Victor Charlie as he slips silently into the jungle. 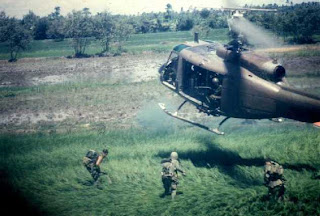 The memory differentiates between experience and fact, and supplies its images accordingly.

I clearly remember, for example, that at one of the watershed moments of my childhood, when the Third Doctor, Jon Pertwee, was regenerated into the Fourth Doctor, Tom Baker, that Baker appeared in colour while the rest of the screen was in black and white. Much like my memory of the fizzy drink in the motorway cafeteria, everything has become compressed. We got our first colour TV in 1974 or 5, not long after Baker took over control of the Tardis; although it was during Pertwee's innings that the programme began to be made in colour, I only ever watched him in black and white. And until now I've never actually seen the regeneration sequence in colour.

We stepped out of the airport building into a hot breathless nor-wester. It was 1979. The sun seemed brighter, nearer somewhow; the sky was vast. My memory of our arrival at our new house in New Zealand is one of brilliant colour: spires of shocking pink phlox in the garden, an enormous bumblebee in sherbet yellow stripes nosing past the window, the rosy blush of a trayful of nectarines, an indescribably exotic fruit to English people in the 1970s. The end of my English childhood was shot in black and white; life in New Zealand began in full colour. The fizzy orange drink at Granada -- somewhere between the Alhambra and Coronation Street -- is the point in the middle, the moment when one life started to become another.
Posted by Cheryl Bernstein at 11:46 AM