Things to do in New Plymouth when you're dead 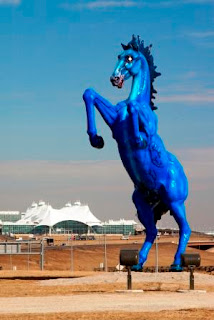 I'm not certain whether that's still accurate -- you'd add Len Lye's Wind Wand to the list at least now -- but it's always summed up to me both the loneliness and the precariousness of "serious" art institutions out in the provinces, existing away from a critical mass of readymade constituents as well as the kind of big city infrastructure that enables visitation. I suspect of all the provincial art institutions, it's only the Govett-Brewster Art Gallery that now attracts out-of-town visitors in anything but negligible numbers: visitors, that is, who've travelled to the town expressly to see something on at the gallery.

Small children have pretty much put paid to any ideas I might once have had of jumping into the car and driving hundreds of miles to see an art exhibition: but if I am truthful, it was never high on the agenda. It took a very, very good show indeed to ever persuade me to leave the city limits. Once you've made the trip to a provincial town, seen an exhibition and had a cup of coffee, what next? Wander about a bit trying in vain to find a bookshop, then drive home again, in my experience. More fun just to have a lie-in and read about it later on the internet. 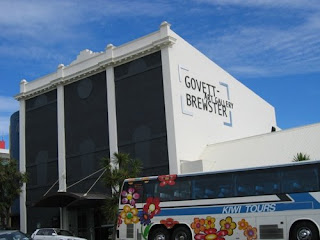 I'm interested, though, in what I've been reading about the increasingly energetic public art programme in Denver, Colorado (the New Plymouth of the Western Bible belt?), which seems to involve the fabrication of quite a lot of "big things" in response to the outsized spaces of the American West -- including Big Sweep by Coosje van Bruggen and Claes Oldenburg outside the Denver Art Museum. Rather than replicating what other cities are doing, the people of Denver have determined that there will be a certain distinctive sensibility about their public sculpture (NZ cities take note). The Denver signature is apparently "the intersection of kitsch and big-thought art". Which sounds quite appealing, though I trust there are no large carrots or whopper gumboots involved. With the Clyfford Still Museum opening in 2010, sounds like Denver might well be worth a visit ... or perhaps I'll just read about it on the internet, like usual. 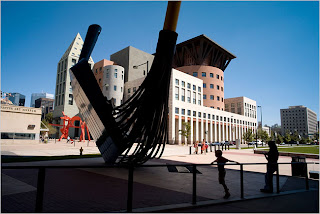 No giant gumboots (yet) Cheryl but New Plymouth does have a jump-start on the BIG animal thing....the enormous black and white cow at Dairyland ... yes, you guessed it, Fonterra's answer to Disneyland - a farming 'extravaganza that showcases the largest, most efficient dairy manufacturing site in the world. You can even enjoy a SIMULATED MILK-TANKER RIDE. This is a little off your topic I guess but if one finds oneself in the no-man's land of the provinces, there could be worse fates I suspect - and personally, I think Fonterra should now be encouraged to get their cow up on its hind legs.

And let's not forget the giant cheese in Eltham, and giant loaf of bread in Manaia.