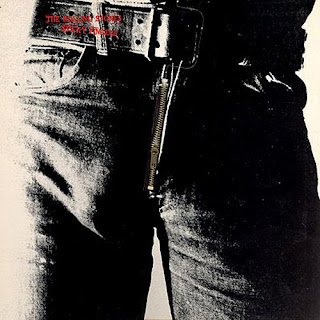 News that the Victoria and Albert Museum has just purchased the original artwork for the Rolling Stones' famous "tongue and lips" logo at auction for US$92, 500 (where it will join other items of design ephemera including Eduardo Paolozzi's extensive Krazy Kat archive) has prompted me to think about the history of New Zealand's popular culture, particularly our popular music and entertainment culture. Who's collecting it?

Te Papa undoubtedly leads the way on this one, with their collection of popular New Zealand cultural ephemera such as Split Enz's stage costumes, Fred Dagg's gumboots (which he gifted to them in 2002), and their selection of LPs and EPs by NZ bands from the 1980s and 1990s. They've also got a handful of original band posters from the era. Not that I've seen any of the latter exhibited (I may have missed it?); but it's very good that they're actively seeking to collect this material, which all-too-often falls through the cracks of New Zealand's cultural collecting institutions. 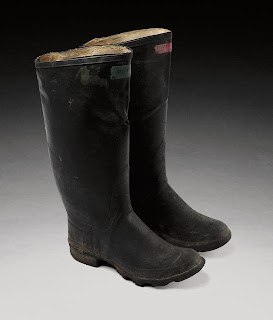 However, absent Te Papa it's New Zealand libraries, rather than our museums, that predominantly collect popular ephemera, as part of their research collections. The National Library has a great collection of posters, underground comics and ephemera from public protests, searchable online. They define ephemera in an interesting way, too, stating that items are typically:

I presume that libraries have historically collected this material because they view it as being part of New Zealand's print culture, and thus related to their collections of books and manuscripts. But you could equally argue that it is an important component of both social and design history. New Zealand's major metropolitan museums have been comparatively sluggish in acquiring items of popular culture from the recent past. Which seems crazy to me; leave it too long, until it becomes "history", and the items become scattered and detatched from their provenance, as well as downright expensive. 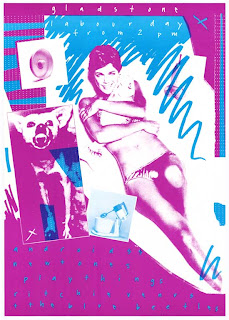 Suprisingly, to me at least, it's Christchurch Library rather than Canterbury Museum, for example, which holds an archive of posters produced for the Flying Nun bands that played at the Gladstone and the Star and Garter in the early 80s. This was a hugely important time in New Zealand's cultural history which has all but disappeared from view; it's great to see the library having taken the lead on collecting and caring for this material. They've put a small selection online. Like the original record sleeves, many of these posters were silk-screened and over-painted by hand; some were designed by notable artists including Lesley Maclean, Chris Knox, Ronnie van Hout, and Robin Neate. 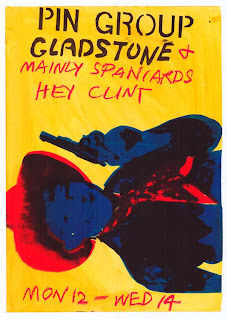 Not for the first time, I've wondered which national cultural organisation might take it upon itself to collect items from New Zealand's graphic design history as significant items of design rather than of social history: it's my understanding that currently no institution does, which is a woeful state of affairs. More bricks and mortar I know ... but I really think New Zealand needs a national design museum. 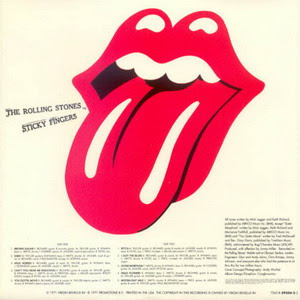 Back to the Victoria and Albert's most recent acquisition: the designer of the Rolling Stones logo, John Pasche, was a student at the Royal College of Art when he was approached by Mick Jagger to work with the band in 1970. The brief was to design an identity for the Rolling Stones' new record label: Jagger showed him an image of the Hindu goddess Kali as a starting point.

Pasche's logo was first used on the cover and inner sleeve of the Sticky Fingers album pictured above, and has subsequently become a worldwide brand. He was paid 50 pounds for the job, followed by another 200 pounds a few years later by the band in recognition of the great success of the design.

The photographic cover itself was Andy Warhol's concept, although the 'popness' of the lips logo has caused a common misapprehension that Warhol designed it; the model in the tight trousers was Factory regular Joe Dallesandro, the star of Warhol's Flesh (1970), of whom NY Times movie critic Vincent Canby wrote: "His physique is so magnificently shaped that men as well as women become disconnected at the sight of him."

Well yes.
Posted by Cheryl Bernstein at 9:37 AM

Pop trivia. Back in the late 60s-early 70s some of my Melbourne friends ran an import record shop. One thing they noted was that the imports of Sticky Fingers used a real zipper but this tended to damage the records and lots of people brought them back for replacement. The antipodean version just used an image of a zipper.

Hey not really a comment here, but I'd love to get in touch with you via email if possible? Mine is –
luke@thenationalgrid.co.nz

Hope to hear from you,