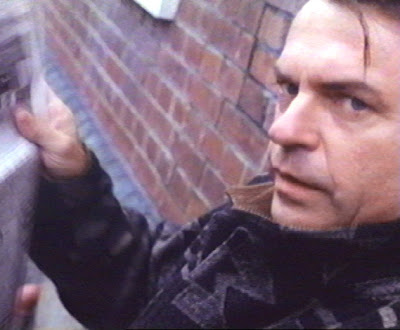 New Zealand's cultural heritage has just got a whole lot more accessible with the launch of NZ On Screen, a non-profit, free-to-view, "living archive of New Zealand television and film" funded by New Zealand on Air. It's an extraordinary resource: over 250 films and TV programmes have been uploaded, and there are plenty more to follow. I spent yesterday evening working my way through some of the visual art material; it's an absolute treasure trove of great stuff, which is as you'd expect, given the calibre of the people who've put it together, including film industry stalwart Robin Scholes (living proof that there is life after an art history degree), uber-blogger and new media commentator Russell Brown, and Len Lye biographer and film academic Roger Horrocks.

There's the 1977 documentary made by Sam Neill, Architect Athfield, which, when I first saw it some years ago, made me realise that Ath was not only an extraordinarily skilled architect in his ability to create buildings that people enjoyed using, but was also a philosopher of architecture; there's Merata Mita's impressionistic documentary about Ralph Hotere made in 2001, in which the man himself says very little (a quote from Hotere flashes up at the start: "There are very few things I can say about my work, that are better than saying nothing"), but in which the work says a great deal.

There's Leanne Pooley's Being Billy Apple, and Gaylene Preston's Lovely Rita, both from 2007. There's Greg Stitt's Peter Peryer: Portrait of a Photographer shot by Leon Narbey in 1994, a film which the site blurb suggests definitively answers the question of why Peryer photographed himself holding a chicken. (A moody, magnificent image, this one.) 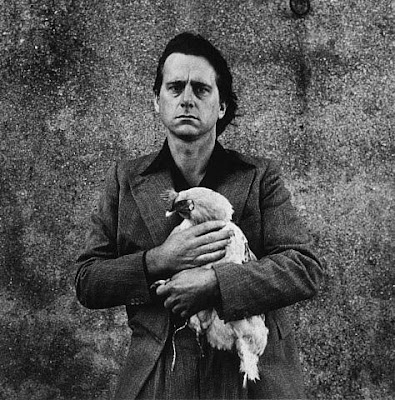 There's a lot more, and they're adding new material weekly. I haven't even got started yet on all the 70s children's programmes (first episode of Spot On anyone? Olly Ohlson singing Fangface?), and I'm saving the first episode of the late lamented cult classic 80s bitch-fest glitter-soap, Gloss (starring art collector Miranda Harcourt), as a special treat. "Monuments and mirrorglass / The city's on the make... " Oh yes. Shoulder pads at dawn, girls, and the devil take the hindmost! Just click through and watch. Great stuff.
Posted by Cheryl Bernstein at 9:33 AM

Oooohhh - I wonder if Count Milkula will be there? This is great.

Unfortunately not yet. The one I'm hoping for is a little filler programme which screened in about 1980, in which a stout bearded man in an enormous red fruit suit sang "I'm a tremulous tamarillo" in a quavering voice. No one else I've discussed it with remembers ever having seen it, but surely I couldn't have made such a spectacle up?

Thanks for writing a wonderful review of the website! It's been a labour of love for many of the people involved and it's great to see it being so well received.

If you have any titles you'd like to suggest - please do so through the homepage - there's a link there called "Suggest A Title" ... no promises, but we do have a list!