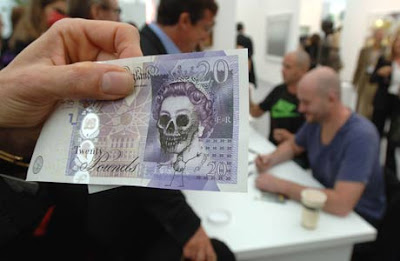 The relationship between artists and their patrons is never straightforward. The money gets in the way. And beyond the "owning a piece of you"/"biting the hand that feeds" patron/artist conundrum, there's the sheer incommensurability of the life choices involved. In his review of Marjorie Garber's just-published study of arts patronage, Patronizing the Arts, Joseph Epstein puts it like this: 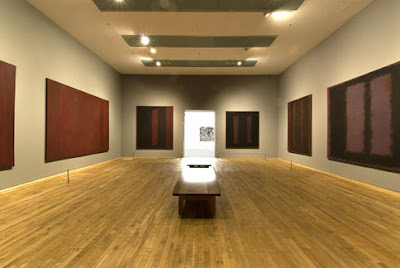 It wasn't a question Mark Rothko, the "great thundercloud of 20th century American painting", bothered with when he painted his famous Seagram murals (currently on display at the Tate Modern) for the swanky Four Seasons restaurant, the watering hole of money-men and socialites in the heart of Manhattan. Instead he muttered darkly: "I hope to paint something that will ruin the appetite of every son of a bitch who ever eats in that room." Rothko probably accepted the commission as it came through his friend, the architect and art patron Philip Johnson: but it involved a difficult personal compromise, making paintings for the "place where the richest bastards in New York will come to feed and show off". In the end, though, Rothko couldn't go through with it, withdrawing from the commission and returning the money.

And in another piece of recent art-and-money news, I note that InTrade, a Dublin-based trading exchange, has launched the world's first futures contracts based on the price of the art market. If the credit crunch hasn't left you completely strapped, you can bet your small change on the rise or fall of the global art market using the Mei Moses Art Index as a basis -- without even having to go to the bother of collecting the pesky art yourself. The Financial Times comments that "the move is part of a trend for art to be viewed as an asset class, with the development of art funds and art prices indices."

Chad Rigetti, vicepresident of business development at Intrade, said: "The idea to create a price-transparent, liquid tradable art-based derivative occurred to me after reading about hedge fund billionaire Kenneth Griffin's purchase of Jasper Johns' 'False Start' for $80m in the fall of 2006 . . . Creating a product that would bridge two circles - collectors and financiers - seemed obvious."

Posted by Cheryl Bernstein at 8:37 PM

Intrade's art futures based on the mei moses all art index offers a unique new way to veiw art. Art has long been viewed as an investment and especially with the current financial crisis perhaps many rich people out there have withdrawn their cash and bought some art in the hope to sell it on when the markets return to form and reinvest it or perhaps hold on to it for longer watching the value increase. It'll be interesting to see how this market performs on the prediction market website.