That art makes me sick 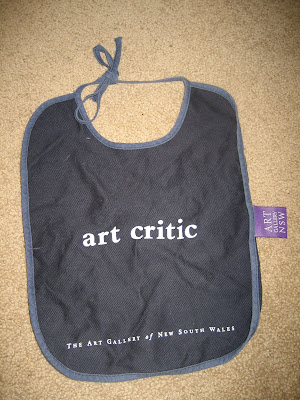 A recent article in The Observer points to the hammering Britain's works of art have been getting, even in the most prestigious national museums. (Once again proving the rule that art galleries would be a piece of cake to run without the pesky visitors.)

Barnett Newman's Adam, at the Tate Modern, has been especially unlucky: last year it was damaged twice in three weeks when visitors tripped and fell against it, leaving dents and finger marks. A work by Anish Kapoor was chipped by a cameraman's tripod. Security guards stumbling round in the dark and dodgy removal men contributed their fair share of damage, while riotous corporate events at the V&A resulted in works being knocked from their pedestals. And at the National Gallery, a very strange man punched Agnolo Bronzino's sixteenth century An Allegory with Venus and Cupid.

The most "unpleasant accident" of all, though, occurred to Carl Andre's Venus Forge, a long floor work made of bronze tiles at the Tate, which needed extensive restoration after a small child vomited on it. 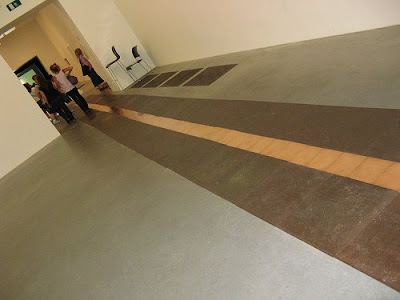 
Reading this reminded me about the time I saw the touring Dale Chihuly show at a provincial New Zealand museum in the 1990s. The show was completely packed with punters, something of a nightmare for the security guards looking after the enormous fragile glass works which had travelled halfway around the globe. A mother carrying a baby in one of those solid framed backpacks leant over a plinth to read the label; whereupon the baby delivered a neat projectile vomit over her mother's head and straight down the neck of one of the tall glass vessels. The woman straightened up, and moved on to the next exhibit, completely unaware of what had happened. Tempting to make some sort of smart-ass remark, but I'll resist it.
Posted by Cheryl Bernstein at 8:14 AM