And meanwhile, in the fictional world... 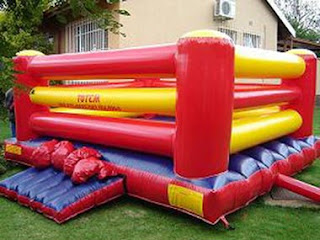 ... a stoush is brewing. The fiction list for this year's Montana Book Awards surprisingly numbers four, rather than the usual five novels. The judges have said that although the quality of the 35 shortlisted novels was good, no other book was comparable to the chosen top four, and they did not want to "dilute" the value of the "finalist" sticker. (Thus rendering it even worse than usual to be a writer who has not made the final cut; it looks like the judges thought your book was so bad it would make the better ones seem crap, too.)

This reminds me of a comment a friend, who is an artist and art installer, once made about hanging exhibitions. The show, he said, is only as strong as the weakest work. You'd think that the presence of the better works should pull up the effect of the weaker one, but in fact the opposite is true. While I think he's right that this principle holds good for art shows, and though I vaguely admire the Montana judges for having the courage of their convictions on this issue if that's what they genuinely felt, I would have thought there were several very strong candidates on the fiction list.

The literary world is unsurprisingly up in arms at the decision, as well as at the judges' further decision not to award a best first book prize -- apparently they didn't feel there were enough decent ones for a shortlist. (Which again, is hard cheese if you published your first book in the past year.) There has also been some puzzlement at various of the categories into which the finalists have been shoe-horned.

I find the very public nature of literary controversies interesting, in comparison to art scraps, which are equally vicious, but usually fought behind closed doors (although someone's always listening next door with a glass held to the wall). It makes sense, I guess, given the nature of the medium; but I suspect it may also have something to do with the stronger sense of community which the literary world enjoys. I can't imagine the art world making as much collective noise had a finalist berth been shaved from their category

In all the smoke blowing through the blogosphere currently in regards to the 2008 awards, I haven't so far seen any commentary on the high preponderance of New Zealand art (with both a big and a small A) publications that are finalists this year. It's a great thing not only that the judges have selected so many art books, but that the quality of what's being published is so high. Beyond the 'proper' art category (the horribly-named 'Illustrative') discussed yesterday, this year the 'Lifestyle and Contemporary Culture' category is entirely captured by visual culture, with books on local graffiti art, Mau Moko/ Māori tattoo, and New Zealand cinematography. Then in the 'Reference and Anthology' category are Gregory O’Brien's Nest of Singing Birds: 100 years of the New Zealand School Journal, which has a huge amount of art in it; and Sally Blundell's Look This Way: New Zealand Writers on New Zealand Artists.

Whatever happens with this year's awards, it looks like art's going to be the winner on the day.
Posted by Cheryl Bernstein at 12:10 PM