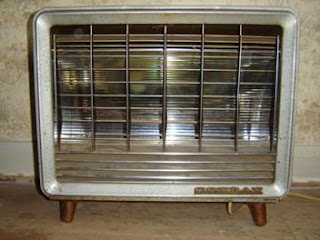 Over the past few days, prompted I think by memories of similar weather, I've been thinking about a time when we were students, vegetarians, bus riders: the long cold afternoons on the dusty carpet in front of the Conray heater, smoking cigarettes and making compilation tapes. Or evenings in the public bar of the Gladstone under the sardonic eye of the fat barman Lou and the regulars, talking nonsense about German cinema and making a jug of beer last until closing. It was on one of those sort of occasions that I remember a meandering conversation where we listed all the children's TV programmes we'd watched in the late 60s and early 70s. It's the sort of thing you wouldn't have time to do today (or maybe you'd blog it instead). I was a bit younger than everyone else, so there were programmes I'd never heard of; but having grown up in England, there were strange programmes I'd seen that no one else had, such as Mary, Mungo and Midge:

And the very peculiar Crystal Tipps and Alistair, which until I found it again recently on YouTube, I half-suspected that I had invented:

It's odd, though, as I distinctly remember Crystal Tipps being a riot of bright, swirling, psychedelic acid colours, a visually overwhelming experience like a sort of happy Clairmont painting for kids, and it's clearly not like that at all: the animation looks like it was done with felt-tip pens on a typing pad. Somehow my memory of the programme has synchronised and updated itself, quite erroneously, in keeping with the aesthetics of the new screen technologies that have developed since then. But equally, maybe that brightness and intensity is common to all childhood memories.

I hadn't recalled that Mary, Mungo and Midge sounds like it was narrated by Winston Churchill, either: another example of the organic fabrications of memory, dispelled by YouTube. It's strange to think that 1970 was closer in time to the Second World War than it is to the present day. In my early childhood, the War (as it was known then, as in "Don't mention the") seemed like something that had happened in another world, in another lifetime. But Mary, Mungo and Midge now reveals the same sense of cultural distance from the present as footage of the bombing of Dresden or the liberation of Berlin. It's an odd feeling when the popular culture of one's own time starts to look like a historical artefact.
Posted by Cheryl Bernstein at 9:03 AM

Great post. I remember a cartoon called Ruhbarb and Custard about a cat and a dog. oh and a sort of happy Clairmont painting for kids

Thanks for the comment! It is quite uncanny, but only yesterday 'Rhubarb and Custard' came up in conversation (more YouTube trawling: too much time on hands, clearly). I hadn't thought about it for 30 years, but instantly recalled how great it was to come home from school and find it on TV. (Something to do with the dog's husky laugh...) But I hadn't realised it had played in New Zealand.