Smoke on the water 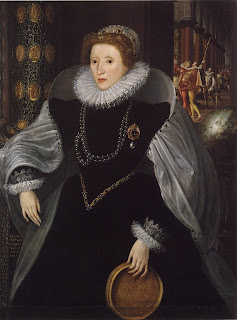 A bit of a teaser from Bestof3 late last week: the indication that announcement of the artist/s being sent to the 2009 Venice Biennale as New Zealand's official representative is imminent. Nothing's been officially released yet: but you can bet the farm that half the New Zealand artworld already knows who's going, given the relatively large number of people involved in the process, and the relatively few degrees of separation between all the players. (And of course the fact that the artworld is the leakiest sieve in the kitchen cupboard.)
Waiting for the announcement, though, has made me think again about the process. I don't know why I haven't realised before that New Zealand's selection process for Venice is essentially a competition. Artists and curators submit their ideas for a project to a panel, who weigh the relative merits of the proposals, and of the individuals being proposed, against one other. At the end of the discussions, there is a winner, and this year, approximately fifteen losers. The prize is the government's commission to make a substantial artwork to represent New Zealand in Venice, in front of an international art audience. Winners, losers, a prize: it's a competition.

Back home, I have been really pleased to see that slowly but surely commissioners of public art in New Zealand are beginning to move away from the competition model towards a direct commissioning process, or to a general call for expressions of interest from which an artist may be commissioned to make a work. Rather than sift the merits of proposals made for unrealised ideas, the commissioners assess artists' recent back catalogues (in the manner of the Walters Prize) and canvas the likelihood that they might come up with something particularly special for a given site or opportunity. And then they talk directly with the artists. I suspect that you get better public works of art -- and happier artists, as well as audiences for art -- as a result. Increasingly many artists, both established and emerging, simply will not enter competitions on principle. There are lots of valid reasons for this, which I'll explore in another post.
Mark Rothko once found that a work of his was put into a competition at the Guggenheim. He returned the $1000 cheque which the gallery had posted to him, indicating that his work was not available for either the exhibition or "the contest".

"I am writing this in privacy," he said. "I have no desire to embarrass anyone should you wish to substitute anyone else's painting. I am very sorry to take this step and do so only after searching thought. I look forward to the time when honours can be bestowed simply for the meaning of a man's work -- without enticing paintings into the competitive arena."

They gave the prize to someone else.
Posted by Cheryl Bernstein at 8:20 PM