A piece of yourself 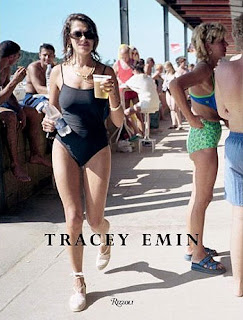 Tracey Emin's name today is synonymous with contemporary art's crossover into showbiz -- she's commonly photographed hanging out with Madonna, David Bowie, Ronnie Wood, air-kissing Elle MacPherson at parties, etc. -- but life wasn't always a lot of fun for the girl from Margate. Now famous for exposing the often traumatic events of her private life in her work, Emin describes in her memoir Strangeland the strategy she came up with to get back on her feet after her "return from failure".

"I knew I could be good at something, and to celebrate this, I sent out eighty letters: a subscription form, inviting people to invest ten pounds in my creative potential. For this, they would receive four letters: three official ones, and one marked personal. Within the first month, I received sixteen replies and soon I had forty subscribers."

One of Emin's subscribers was gallerist Jay Jopling: the rest is history.

Reading this reminded me of Dean Martin's similar (but far less competent) early tactics for raising money. Sick of being called the "schnozzola Sinatra" by the newspapers, aged 27 Dean Martin booked in for rhinoplasty to "undo what the lord of snouts had done", according to his best biographer, Nick Tosches. Already in huge debt and having sold 95% of his future earnings to his record company and various managers and impresarios in exchange for cash advances (which meant that he only received $50 out of every $1000 he earned), he was lent the money for his nose-job by a friend, who, aware of Dino's hopelessness with money, insisted on paying the doctor directly.

Immediately afterwards, Dean Martin's radio show -- fifteen minutes of live songs each weeknight -- premiered. He needed a musical arranger, and hired band leader Jerry Sears, promising him a further 10% of his income. As Nick Tosches has it: "He had now done the impossible. He had sold more of himself than there was." 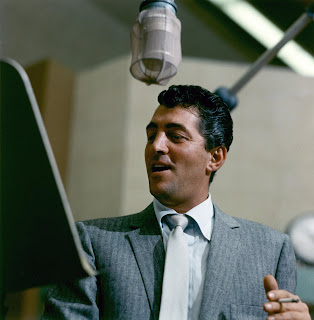 Posted by Cheryl Bernstein at 8:41 AM

Hey pallie Cheryl, like thanks so much for sharin' this piece of Dinohistory..and what a cool Dinopix as well....the younger Dino may have not been that good with 'rithmatic, but, never was, never will be anyone as cool as the King of Cool...oh, to return to the days when Dino walked the earth...